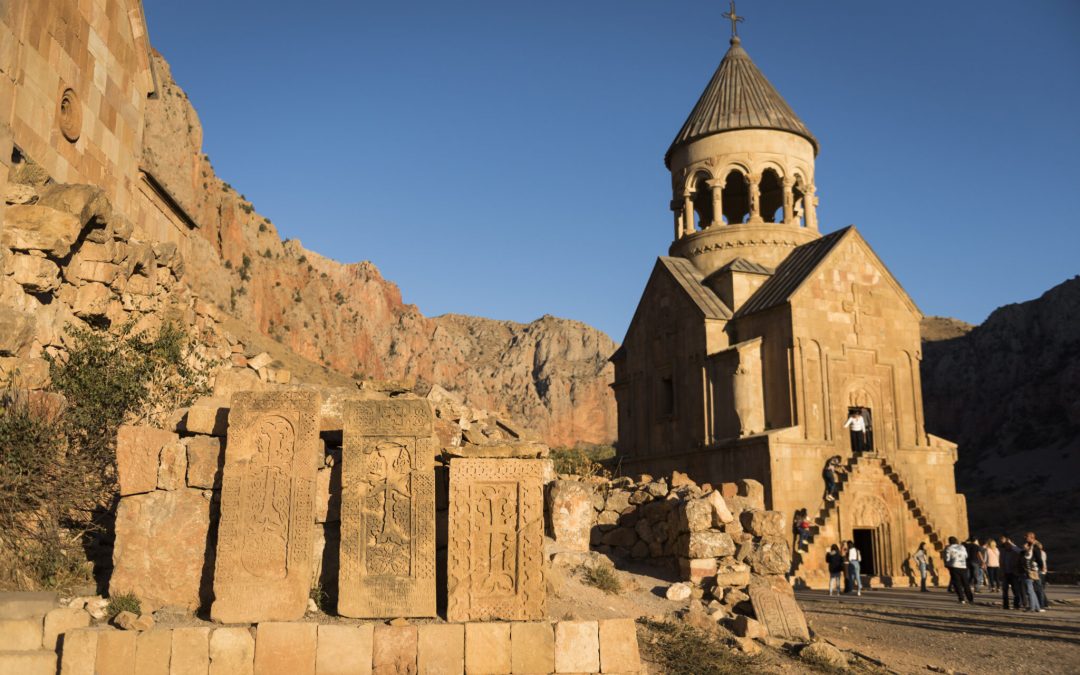 The Turkish flag can be seen on the Azeri servicemen’s uniform as well, indicating the involvement and rhetoric from both countries. Tatoyan expanded on this idea saying, “the state-supported hatred and enmity toward Armenia and the Armenian people not only has not diminished in Azerbaijan or Turkey, but due to lack of any responsibility, it is taking on new manifestations.” He cited Azeri President Aliyev’s comments in early March where he proudly stated, “the younger generation has grown up with hatred toward the enemy,” meaning Armenians. On the Turkish side, President Erdogan compared the Nagorno-Karabakh war with the Armenian Genocide and that the December military parade was a day for “glorifying the souls” of the Islamic army.

This vandalism is the third church in the past two weeks that has been abused, including St. John the Baptist Church in Shushi and the Zoravor Surp Astvatsatsin Church in Mekhakavan. According to reports, all vandalism actions were taken after the surrender of areas following the November 9 ceasefire.