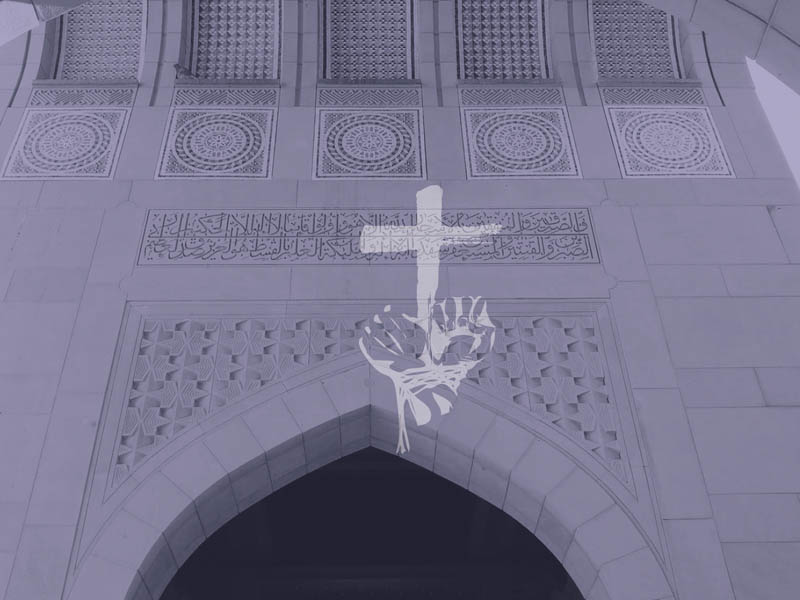 The separation of church and state was an interesting addition to a system of government created by group of very religious men. John Adams is quoted as saying, “Our Constitution was made only for a moral and religious People. It is wholly inadequate to the government of any other.”[1] Even Benjamin Franklin, likely the least religious of all the founding fathers, made a motion in 1787 that the Constitutional Convention should be opened each day with prayer.[2] Years of research have established the overt Christian faith of the most influential minds of the Founding era and of the Judeo-Christian foundation of our legal system.

But if that is the case, why do we have an Establishment Clause? Why was our federal government bound in the First Amendment from “making any law respecting an establishment of religion” when, in most parts of the world, such was the norm? Indeed, in much of the modern world, numerous governments unabashedly give preferred treatment to one religion over another. Why this apparent contradiction by the Founders over 200 years ago, on the one hand creating government for a “moral and religious people” yet preventing that government from “making laws respecting an establishment of religion?” And what might that say to the modern crisis of international religious freedom?

To better understand why this separation between church and state may exist, let’s look at four countries where such boundaries do not, in practice, exist.

Pakistan is unfortunately a common setting for religious persecution. In Article 2 of its constitution, Islam is officially recognized as the state religion.[3] Perhaps the most evident fallout of this is the presence of blasphemy in Pakistan’s criminal code. During the British colonial era, when Pakistan was still part of India, the British criminalized a variety of religious-based offenses, including “insulting religious beliefs.”[4] In the 1980s, long after Pakistan became an independent nation, these laws were expanded to specifically address acts deemed offensive against Mohammad and the Quran.[5] In the present, the infamous blasphemy law has since been weaponized against minorities and created a culture that stigmatizes Christians, Ahmadis, and low-caste Hindus.

Just next door to Pakistan, India was officially founded to be a secular state back in 1949.[6] However, what was intended to be secular seems far from the present reality. A centuries-old Hindu nationalist group called Rashtriya Swayamsevak Sangh (RSS) has permeated almost every sphere of Indian society, from “education to commerce…[and even] food,” though perhaps most importantly, politics.[7] The group’s political arm, the ruling Bharatiya Janata Party (BJP), has passed legislation in a number of Indian states that blatantly discriminate against Christians and Muslims alike. Muslims are often the targets of discriminatory “love jihad” laws that ban interreligious marriages, while Christian ministers and missionaries are commonly persecuted under anti-conversion statutes.[8] [9]

Moving farther east, there was so much hope for the south-Asian state of Myanmar when the military junta partially made way for a democratically-elected government. And with lauded Noble Peace Prize winner Aung San Suu Kyi as Prime Minister, that hope seemed justified. However, any optimism for a genuinely free and just Myanmar was shattered when Myanmar’s military, the Tatmadaw, began clearance operations of Rakhine state, home of the Rohingya Muslim-minority, in 2015.[10] These clearances quickly evolved into a recognized genocide and one of the worst human rights crises of the 21st century. What much of the world failed to notice was, before the clearances began, the majority-Buddhist population of Myanmar had for years been fed a Buddhist-nationalist message from radical organizations like Ma Ba Tha, abetted by incendiary anti-Rohingya sermons from popular Buddhist monks like Ashin Wirathu.[11] The powerful Tatmadaw, far from cooling tensions, openly supported these Buddhist-nationalist narratives.[12] When the first Rohingya refugees fleeing the genocide arrived in neighboring Bangladesh, they reported that the Tatmadaw units that drove them from their homes were “backed by local Buddhist mobs.”[13]

Granted, we have so far only looked at nations within Southern Asia, but don’t fall into the temptation of thinking this problem is limited only to certain religions or corners of the world. When you think of Russia and religion, you may picture underground churches meeting in secret, hiding from Communist officials bent on enforcing strict state-sponsored secularism. The modern Russian state, conversely, has eagerly embraced its religious past. The Russian Orthodox Church (ROC) became the largest landowner in Russia after the post-Soviet government returned their land to them.[14] President Putin “has ordered state-owned energy firms to contribute billions to the rebuilding of thousands of churches destroyed under the Soviets,” and since the mid-1990s, an estimated 25,000 new Orthodox churches have been built with government support.[15] The ROC also enjoys benefits such as the right to teach Christianity in public schools and even “the right to review any legislation before the Russian Duma,” the lower house in the Russian legislature.[16]

Nevertheless, all of this has not been without consequences.

Missionary work in Russia has been criminalized under the Yarovaya Law, which effectively places evangelism by groups other than the ROC under anti-terrorism laws.[17] Dissidents, Jehovah’s Witnesses in particular, have been aggressively persecuted by means that closely resemble those used by the KGB.[18] The Russian legislature passed a law heavily supported by the ROC that effectively decriminalized domestic violence, since the ROC has said that physical punishment is “an essential right” in a country where one in five women are already victims of domestic abuse.[19] [20] Furthermore, the resurgence of orthodox-nationalism has seen the rise of the religiously-charged militant group Sorok Sorokov, whose violent acts towards minorities have earned them the commendation of the Church and the blind eye of the state.[21]

America’s founding fathers were the direct descendants of the survivors of the European Wars of Religion. Many of the American colonies were founded primarily for the purpose of fleeing state-driven persecution from the warring Catholic and Protestant nobilities. Their parents and grandparents had lived out the consequences of one religious viewpoint controlling the state to the exclusion of all others. They wanted something different, something new. That is why they enshrined this idea in the very first amendment of the Bill of Rights: that the federal government is barred from “making any law respecting an establishment of religion.” This separation was not meant to stifle religion, but to protect it.

Thomas Jefferson was one of the most influential Americans to ever live. But of all his achievements, one of the three accomplishments of which he was the proudest (even declaring so on his tombstone) was writing the 1786 Virginia Statute for Religious Freedom.[22] This law, passed by the Virginia legislature, says in Jefferson’s words…

“Almighty God hath created the mind free; that all attempts to influence it by temporal punishment or burthens, or by civil incapacitations, tend only to beget habits of hypocrisy and meanness, and are a departure from the plan of the Holy author of our religion, who being Lord both of body and mind, yet chose not to propagate it by coercions on either, as was his Almighty power to do…”[23]

Haven’t we seen in our own time the “habits of hypocrisy and meanness” inflicted by foreign governments who attempt “to influence [the mind] by temporal punishments or burthens”? Regardless of the religion, regardless of the state, “God hath created the mind free” and no government has the right to infringe upon that.

Colton Grellier is a research fellow at ICC who earned his juris doctorate from Liberty University School of Law. Graduating with a specialization in international law, Colton has since worked on and researched religious freedom issues such as the Nigerian Fulani crisis’s effect on women, the legal rights of the Egyptian Coptic Church as concerns places of worship, the role of the IMF and The World Bank in supporting human rights, and creating a comprehensive guide to applying for sanctions against human rights violators under the Global Magnitsky Act.

[12] Myint. (2019) “Is the Tatmadaw supporting an anti-government organization [sic]?” Frontier Myanmar. Accessed on 1/27/2021. Retrieved from: https://www.frontiermyanmar.net/en/is-the-tatmadaw-supporting-an-anti-government-organisation/

[23] Va Bill No. 52. (1786). “A Bill for Establishing Religious Freedom.” Accessed on 1/28/2021 Retrieved from: https://www.virginiahistory.org/collections-and-resources/virginia-history-explorer/thomas-jefferson