The Future of Hong Kong Church 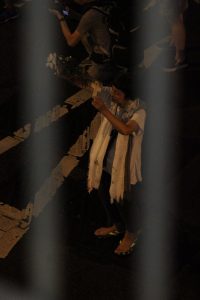 Despite the Hong Kong government’s claim that religious freedom under the new legislation will remain intact, a regime manipulated by communist China cannot be trusted. Seeing how Beijing has intensified its crackdown against Christianity in recent years, it is legitimate to assume that Hong Kong’s religious liberty could be at risk.

both of whom have left their homes to seek refuge in a third country— to learn about the future of Hong Kong Church through their lens.

Aniela* first pointed out the division between churches after the pro-democracy movement took place in June 2019. The pro-government Christians, who have benefited from the government’s pro-Beijing stance, feel irritated that their lives after retirement are disturbed by the movement, especially since their churches have taught them about peace and a focus on things above.

The pastors or Christians who are supportive of the movement, on the other hand, face challenges from their own churches. Pastors sometimes face opposition from their members if they speak favorably about the movement; members have to conceal their support or leave if their churches are against the movement and protesters.

The rift within Hong Kong Church caused by the polarization is the Chinese Communist Party’s (CCP) desired outcome. CCP will likely take over some pro-government churches in the near future to better control them.

Pastor Joel* added that those pro-government larger churches will likely turn into state-sanctioned Three-Self churches akin to China’s setup, although they will not be branded the same for the sake of dodging the “One Country, One System” accusation.

In addition, denominations that have established dozens of schools at different levels in Hong Kong, will choose to cooperate with the government in fear of losing their well-established properties.

“Hong Kong Anglican Church, which is the most pro-CCP [denomination], recently was granted two large contracts (each worth 38 million USD) by the government to manage two wellness centres. This move is to show the carrots a church can receive if they align with the government,” said Pastor Joel.

Against this backdrop of possible changes, churches in Hong Kong are preparing themselves for what is to come.

Aniela told ICC, “We have prepared ourselves. Firstly, we know we might be arrested; Secondly, we will turn our churches into small groups, as long as we are not caught; Lastly, if the above no longer works, we will shut down our churches and resort to using creative means to conceal our gatherings.”

Pastor Joel echoed Aniela and shared a story of how fluid the Church can be.

“During the pandemic, most churches have become virtual. I know a small group that brought worship to an elderly’s home. They brought iPad along for streaming and helped clean the house afterward,” he said.

According to them, many Hong Kong Christians have grown tremendously since the movement regardless of the rocky path ahead. What have happened in the last years have made them think about the substance of their faith.

A young professional told Pastor Joel, “As a Hong Kong Christian, now is the time when I feel like I understand the Bible the most.”

If we take a look at history, China’s persecution against the Church never managed to eradicate Christianity. On the contrary, the number of Christians grew exponentially. Though life will be more difficult for Hong Kong Christians, they will rise above CCP, for they are taught to “Be Water” and adapt to the changing circumstances.