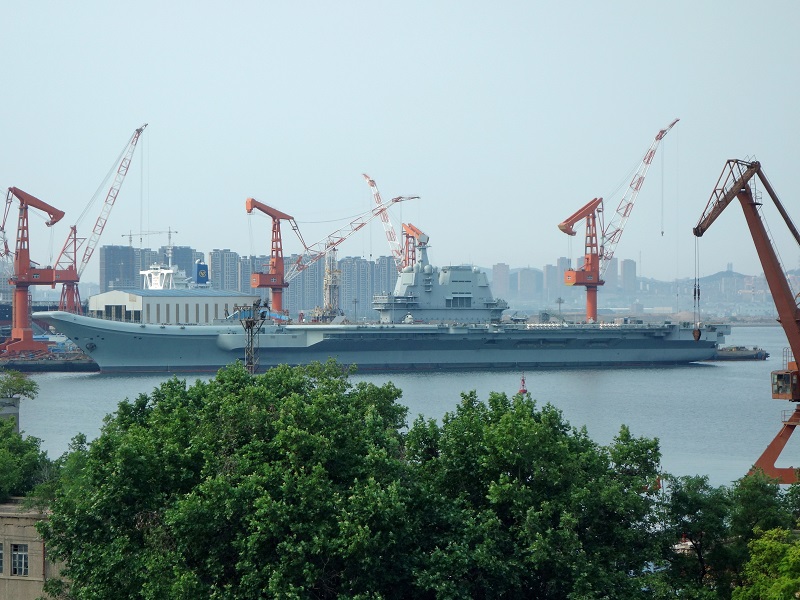 In 2013, China’s President Xi Jinping unveiled his “One Belt, One Road” Initiative, a massive infrastructure project stretching from East Asia to Europe and Africa to revitalize the road. Later renamed the Belt and Road Initiative (BRI), the pro­gram would involve developing an overland Silk Road Economic Belt and an accompa­nying Maritime Silk Road. But rather than precious silks and gold coins, power and economic control are the primary currency used along the BRI.

The “new Silk Road” on the surface is a massive initiative whereby China lends countries money and develops its infra­structure to further trade with China and others.

The reality, though, is that China’s new Silk Road project is a plan to extend China’s influence, control nations that participate, and expand China’s military reach.

China lends developing countries more money than they can repay to build naval ports or airports. Chinese labor then builds out the infrastructure project, reaping jobs. But later, when the foreign government is unable to repay the loan, China graciously releases them from the loan as long as they give China the project. If it’s a port or air­port, China has a new air or naval base. To date, China has spent an estimated $200 bil­lion on these projects that include railways, energy pipelines, ports, airports, and high­ways in countries across Eurasia and Africa.

One such example is Djibouti, a small country located on Africa’s horn along its eastern shore.

According to the Congressional Research Service, since 2000, China has spent nearly $1.5 billion in loans financing infrastructure projects in Djibouti. One such project is building a series of ports in the capital city to be used primarily for trade. However, one section is to be designated for the use of the Chinese People’s Liberation Army (PLA) Navy.

Because of Djibouti’s strategic location in the Bab El Mandeb Strait, an entryway for ships into the Red Sea, the new PLA Base is of particular concern to the United States and its allies, especially with Camp Lemonnier, an American base, just miles away.

More recently, China has set its sights on Iran. According to The New York Times, Iran has been negotiating with Chinese leaders regarding a partnership between the two countries, paving the way for billions of dollars of Chinese investments in the coun­try’s infrastructure in exchange for access to Iranian oil. With Iran as the largest threat to American interests in the region, the partnership is quite concerning to American leaders struggling to counter Iranian power.

If China’s human rights abuses are allowed to spread along this “road,” Western demo­cratic values are in trouble. As Chinese influence expands throughout the BRI par­ticipant countries, so does its surveillance technology. According to a CNBC report, Chinese tech companies like Huawei have supplied a reported 36 countries involved in the BRI with artificial intelligence technol­ogy, like facial recognition systems, that can be used to spy on citizens.

The CCP has repeatedly used this technol­ogy in its own country to oppress religious minorities, especially the Uyghur Muslims of the Xinjiang Province. President Xi and the government use this technology to sup­press dissent and steer people to obey the CCP over their religious principles.

China continues to expand its influence, economic control, and surveillance practices across broad swathes of the globe. Day by day, its aggressive, anti-religious communist ideology is progressing from border to bor­der, alarming all who are paying attention. Unless Western powers act fast, the manu­facturing giant may soon become a more threatening actor on the world stage.