Hero on the Hill: Ambassador Brownback 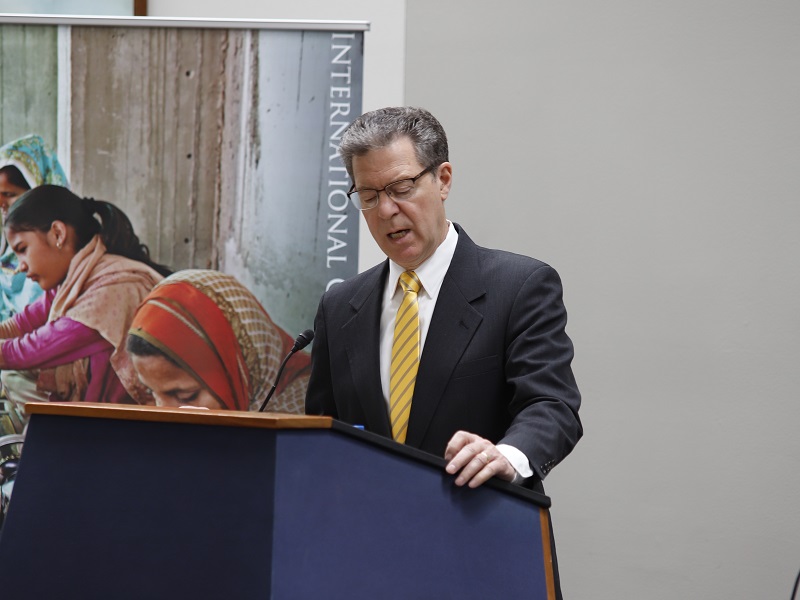 He spoke with the State Department’s Ambassador-at-Large for International Religious Freedom, Sam Brownback. Brownback’s efforts have led to groundbreaking prog­ress on religious freedom. He spearheaded the 2018 and 2019 Ministerials to Advance Religious Freedom, where he gathered politi­cal leaders from all over the world to discuss the issue of religious freedom and plan how to advance the issue globally.

Jeff King: Ambassador Brownback, thank you so much for joining us today. It’s an honor. I’ve always had great admiration for you and I appreciate all you’ve done for the persecuted.

Ambassador: Thank you. It’s been a pas­sion, really since I first got in the Senate and I started hearing about Christians being enslaved in Sudan… I’m honored to be in this job and I think it’s the most important position I’ve held in public service.

Jeff: Let me ask you this—why is religious freedom such an important issue?

Jeff: Let’s camp out on China.

Ambassador: Well, what we’re seeing is really this: a very aggressive form of atheistic communism saying that we will not tolerate people of faith or religious institutions… They really put the hammer down onto Tibetan Buddhists at the onset. They… put a number of people, nearly a million, in concentration camps; they take the children and they raise them in daycare; they remove their cultural signs, they remove mosques… Nobody goes [into the mosques] because there are [govern­ment] cameras everywhere… They say, “Okay now we know you [went to the mosque]. If you do it another time this month, your social credit score’s going to go down and you may end up in the Gulag.”

They’ve also been destroying thousands of house churches [and have been] going after the Falun Gong for 25 years. They’re against all [religious groups], and it’s a heavy form of persecution.

Our great fear is [the Chinese government] is going to try to export the system, particular­ly these high tech [surveillance] systems that depend on lots of cameras and genetic testing, artificial intelligence, and facial recognition.

I’ve been a China observer for a long period of time. I first traveled there in the ‘80s. One of our children is from China, and I love the Chinese people and they’re wonderful, but this iteration of the communist party has really decided to drop the hammer hard.

Jeff: It’s really frightening, [but] the dicta­tors and despots never seem to learn their lesson, that in terms of the Church, the more you press it down, all you’re doing is spread­ing it. In the past, you’d see a crackdown, then over time you’d see the [Chinese government] would back off and say, “It’s not really worth our time. We’re getting too much heat on this.” But this present Chinese administration just seems to be at war with [its] own people, at war with the world, all with a smiling face.

Jeff: Iran is one of my favorite countries. We were just saying, “The dictators and des­pots never learn.” So, if you crush the Church, what’s going to happen? Talk about what’s going on in Iran.

Ambassador: Well, it’s [exactly] what you talked about. There are credible reports… that the fastest growing Church in the world [is in] China and Iran, where they’re facing some of the hardest persecution. Look, if you want to hurt Christianity, the thing to do is to make it easy on them… Riches and ease hurt the Church the most.

Jeff: That’s right. If you were to speak to the Church in the West, what would you say to them?

Ambassador: Persecution anywhere is per­secution everywhere, to paraphrase Martin Luther King. Injustice anywhere is injustice everywhere… There’s more Christian persecu­tion going on in the world [now] than ever in the history of mankind.

I [used] to think [that only] the early church was persecuted, Paul was persecuted. But, there are hundreds and thousands of Pauls in the world today. I’ve talked to a number of them, and they’re thrown in jail, they’re beaten, and their families are despised. Yet they go on, [witnessing about Jesus].

Persecution is happening… [and] we should be standing up for these people.