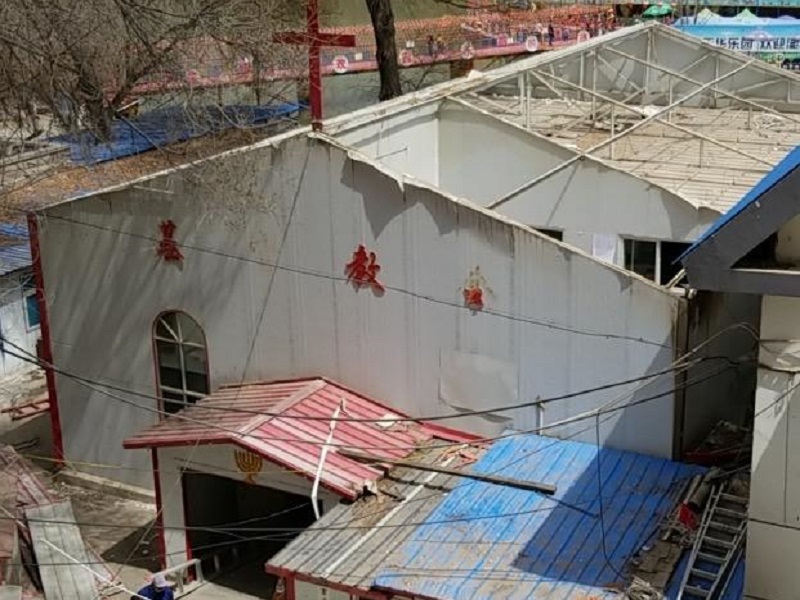 According to IPK Media, the leader of the Three-Self Donghu Church, Wang Ruiqin, who is also a former Qinghai Province Chinese People’s Political Consultative Conference (CPPCC) delegate, commissioned her lawyer Lin Qilei to sue the religious management agencies at Xining City and Chengxi District at the beginning of July.

Lin said that since the courts at Xining City no longer take any administrative litigation cases, the case was submitted to the local Railway Transportation Court. However, the Court informed Lin that this case cannot be established, since there is no way to prove that Wang Ruiqin is Donghu church’s leader, and that the demolition was done by the Chengxi District’s religious management agency.

In 2003, the nearly 20-year-old church received approval to become a Three-Self Church by meeting the official requirements. It is the oldest and largest church in the Chengxi district with more than 300 members.

For Wang, she wants to use legal means to defend the rights of Christian churches against the Xining City Religious Affairs Bureau’s continuous oppression. She calls on Christians at Three-Self churches not to fear and do the same using Constitution and laws to defend their rights against religious persecution.