ICC Provides a Taxi Business for a Widow in Pakistan 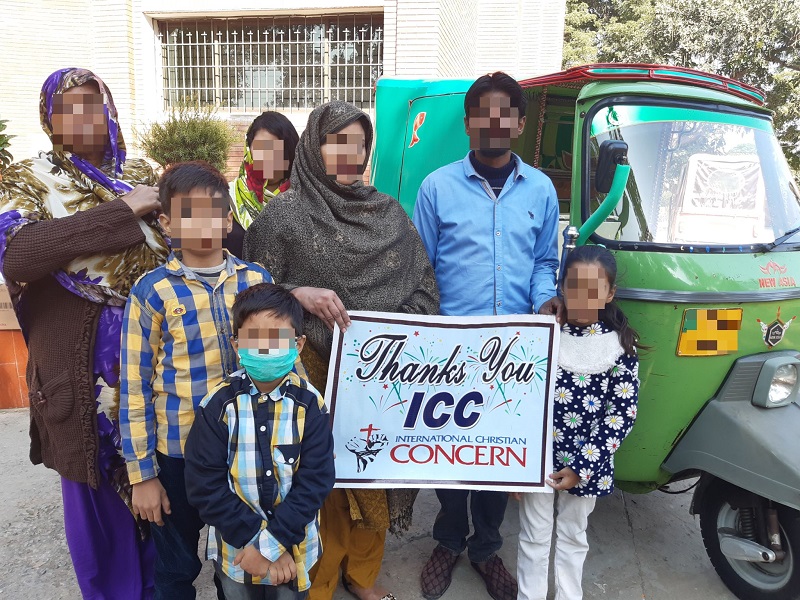 [vc_row][vc_column][vc_custom_heading text=”” use_theme_fonts=”yes”][vc_single_image image=”116467″ img_size=”full” add_caption=”yes” alignment=”center”][vc_column_text]06/22/2020 Washington D.C. (International Christian Concern) – In 2018, Solomon was killed by a group of Muslims on his anniversary, leaving behind his wife and three children. Prior to the inci­dent, Solomon had lent a sum of money to his Muslim friend. When Solomon eventually asked for his money back, the conversation with his Muslim friend spiraled into a reli­gious debate.

The Muslims noted that it was insulting for a “Choora” (a derogatory term for Christians in Pakistan) to ask for money back from a Muslim. The group later invited Solomon to their house where they killed him.

In order to assist Solomon’s widow, ICC stepped in to support her with small business assistance. We provided her with an auto-rickshaw which she can rent out to others to earn a stable income.

She expressed, “I still miss my husband and often feel depressed; however, support and encouragement by God’s people like ICC are my strength. I am feeling that [the] Lord Jesus Christ is creating [an] opportunity for me and my children. Therefore, my heart goes out to thank ICC for this great gesture of love and concern.”