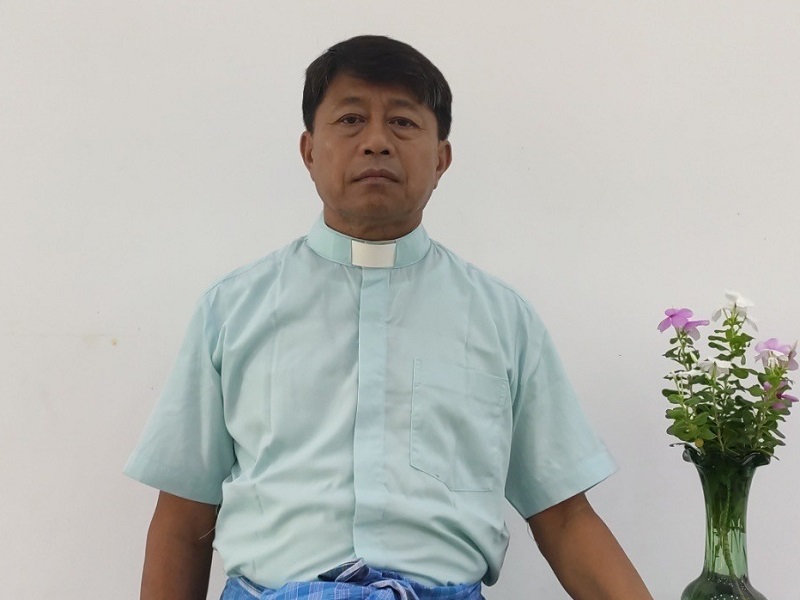 [vc_row][vc_column][vc_custom_heading text=”” use_theme_fonts=”yes”][vc_single_image image=”116914″ img_size=”full” add_caption=”yes” alignment=”center”][vc_column_text]06/13/2020 Myanmar (International Christian Concern) – In December 2018, Pastor Aung Tun Oo from Agape Baptist Church in Mandalay, the second largest city in Myanmar, was invited to a local monastery to present Christmas gifts and donations to children. Little did he know that the video of him asking the children to recite a prayer with him would go viral on social media, a move considered by many to be insensitive to the setting, infuriating many Buddhists.

In spite of the public apology from the leader of the Mandalay Council of Churches’ (MCC), Pastor Aung Tun Oo’s apology letter to the Sangha organization and Buddhist committee members, and the monastery’s acceptance of his apology, radical Buddhist monks would not let the matter go. Instead, the radical monks filed a case against him on December 17, 2018, under Article 295 of the Myanmar Penal Code, which criminalizes insulting another’s religion. The court accepted the case and set the court hearing for January 28, 2019.

At the time, the Burmese pastor with pre-existing health conditions had already arranged a heart surgery. Faced with both trial and surgery, he was under great stress, physically and financially.

The high profile nature of his case deterred many from helping, since the plaintiff is notorious Buddhist radical group Ma Ba Tha. The pastor told International Christian Concern (ICC), “I was looking for lawyers, but no one would accept my case, so I had to hire a lawyer from out of town. It cost more time and money because she had to travel to every hearing.” One of the senior pastors from the MCC also confirmed that Pastor Aung Tun Oo is in a really difficult position – while many want to assist, still, these lawyers are too afraid of the Buddhist radical group and its power.

Pastor Aung Tun Oo was granted bail by the courts due to his serious heart condition, sending the radical groups into a frenzy. On February 11, 2019, the radical monks filed another case against him, his wife, the assistant pastor of his church, and many other church officials. His resources, mental and physical health, and finances have been extremely strained for two years.

His ongoing trials have created a financial burden for him. While his church would normally be able to provide him with basic congregational support, the pandemic has stripped away most of his income. He cannot sustain his family with the cost of the lawsuits and his medical expenses.

In response, ICC provided financial assistance to Pastor Aung Tun Oo so that he could purchase the medicine he needed post-surgery. He has been greatly encouraged through ICC’s help, along with prayers and support from many local Christians. Please continue to pray for his health and lawsuit.