Forged in the Furnace 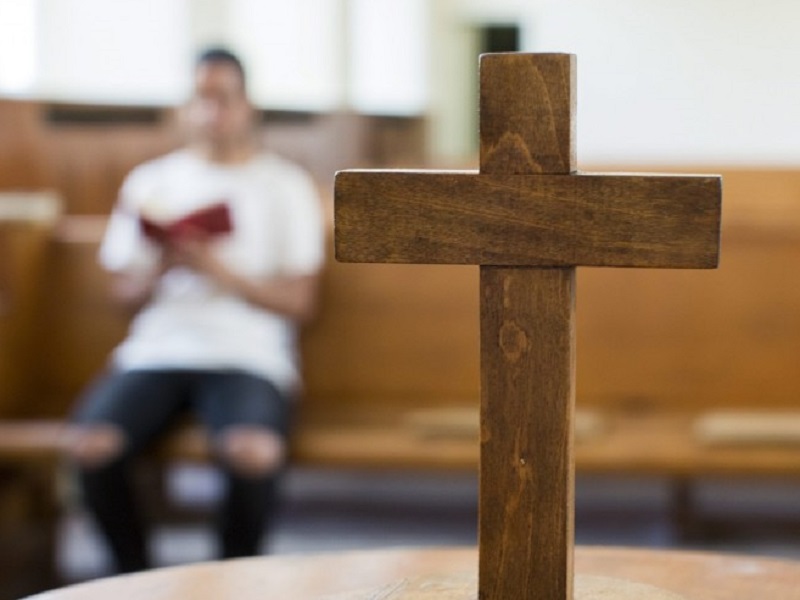 [vc_row][vc_column][vc_custom_heading text=”” use_theme_fonts=”yes”][vc_custom_heading text=”By Meg Midwood” font_container=”tag:h6|text_align:left” use_theme_fonts=”yes” css=”.vc_custom_1589984028773{margin-bottom: 22px !important;}”][vc_single_image image=”116513″ img_size=”full” add_caption=”yes” alignment=”center”][vc_column_text]06/12/2020 Washington D.C. (International Christian Concern) – In March, Milad made the heart­breaking decision to leave his wife and seven children to go under­ground. It was safer that way. Their lives were totally shattered by the discovery that he converted from Islam to Christianity, and the flam­ing remnants of their burned down house sent a clear message: they were all in immediate danger.

As one of the proclaimers of the mosque’s five daily prayers, the villagers noticed Milad’s conversion almost immediately. It wasn’t just a scandal, it was illegal. What began as threats quickly escalated into a mob arson attack. His conversion was a great stain upon the tapestry of Islam, and he would have to be killed as an apostate.

Caught between culture and religion, MBBs (“Muslim-background believers”) are argu­ably the most persecuted people in the world today. They can be found wherever Islam exists; they come from many people groups and many languages. Though the MBB expe­rience varies from country to country, MBBs usually have three things in common: they are converts from Islam, they are outcasts, and they are hunted.

The MBBs we work with are in the most dan­ger. They live in fundamentalist Islamic coun­tries, usually under some degree of Sharia law. These countries include Afghanistan, Egypt, Indonesia, Iran, Iraq, Malaysia, Maldives, Mauritania, Nigeria, Pakistan, Qatar, Saudi Arabia, Sudan, the United Arab Emirates, and Yemen. Here, converting to Christianity from Islam is usually very dangerous; the cost is often beating, rape, torture, or death. For this reason, MBBs must often worship in secret or in the shadows.

The new MBB doesn’t quite belong in either world. For this, he is caught in no-man’s land. He is considered a traitor to Islam, cut off from his family, his friends, his job, and the whole Muslim community. He must live on the move, hiding from the police and his own family, who consider it necessary for him to die (see Gamal’s story on Page 16).

Even more tragically, the MBB is often cut off from his new Christian brothers and sisters, who could be targeted by the govern­ment or the mob for even associating with him. Because of the extreme isolation and emotional cost of converting, many converts fall back to their old religion rather than pay the exorbitant cost. Because MBBs some­times return to Islam, other Christians could be exposed for helping them along the way.

“Other seeds fell on shallow soil with underlying rock. The seeds sprouted quickly because the soil was shallow. But the plants soon wilted under the hot sun, and since they didn’t have deep roots, they died” (Matthew 13:5-6, NLT).

But the seeds that find fertile soil and rain grow into the most incredible believers. MBBs are often some of the most dedicated believers and ardent evangelists. Having paid the highest cost, their greatest trial becomes their greatest strength.

On Page 20, you can read amazing first-hand witness accounts of MBB evangelists from a church in Uganda who now lead out­reach to other Muslim evangelists in the area. They often face persecution and abuse, but their witness is an amazing testimony to the transformative power of the Gospel to break down all cultural barriers.

The MBBs who take root in fertile soil grow into incredible believers. Their testi­mony is worth its weight in gold, for their witness has been forged in the furnace.

This June, we’re giving you insight into this precious, precious community: MBBs who, in their joy, sold everything they have to follow Jesus.

Muslim-background believers include some of the most at-risk Christians in the world, yet their testimony and courage are a shining example of the power of the Gospel.

Upon reading these stories, you will be inspired to understand why we diligently serve this amazing group of people.