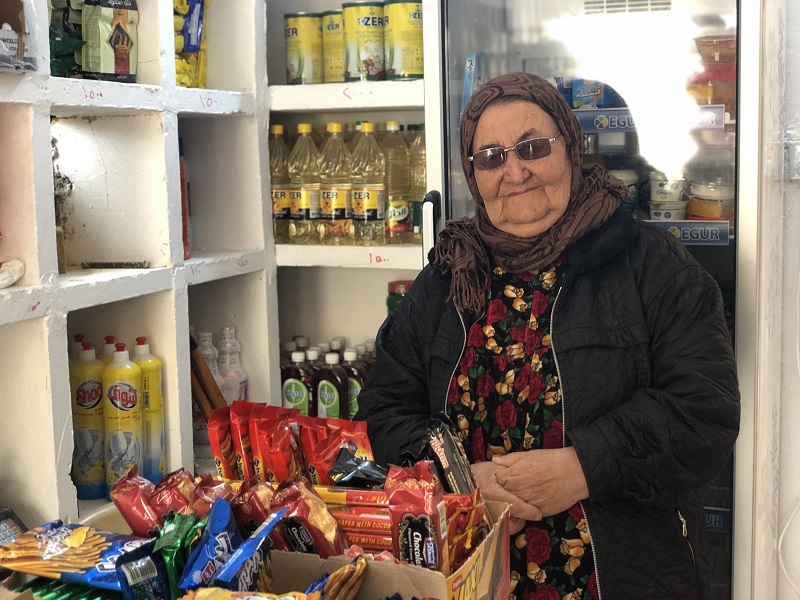 [vc_row][vc_column][vc_custom_heading text=”” use_theme_fonts=”yes”][vc_single_image image=”116010″ img_size=”full” add_caption=”yes” alignment=”center”][vc_column_text]05/01/2020 Washington D.C. (International Christian Concern) – After ISIS attacked the primarily Christian city of Qeraqosh in 2014, countless Christians were forced to flee their homes. During their displacement, they completely lost all income and were forced to live off of their savings. Following ISIS’s defeat, Iraqi families are now returning home, bringing life back to their once abandoned hometown.

An elderly couple, Butrus and his wife Muazaz, are among those affected by this dif­ficult time of transition in Qeraqosh. Before ISIS, they used to run a market connected to their house in order to earn a living. When ISIS swept in, the militants destroyed the shop’s furniture and looted all of the goods.

After returning home to Qeraqosh in 2017, the couple was eager to restart their store, but lacked the means to do so. Due to their lack of income, they depended solely on their neighbors’ help in order to obtain medicine and food.

Upon learning of their situation, ICC visited their house, which includes a small room off to the side which the couple used as their storefront. We then purchased the items neces­sary for them to rebuild their business. While purchasing these items, the community lent its support to the couple by selling their goods at a discounted rate to help this business get back on its feet.

Upon implementing the new business, the room was filled with tears and excitement. Butrus and Muazaz could not believe that their prayers had been answered. Some even noted that the couple looks younger since they began working again. Muazaz remarked, “Women of the area [are] gathering again at the shop and praying again. I realized again and again how God is good.”