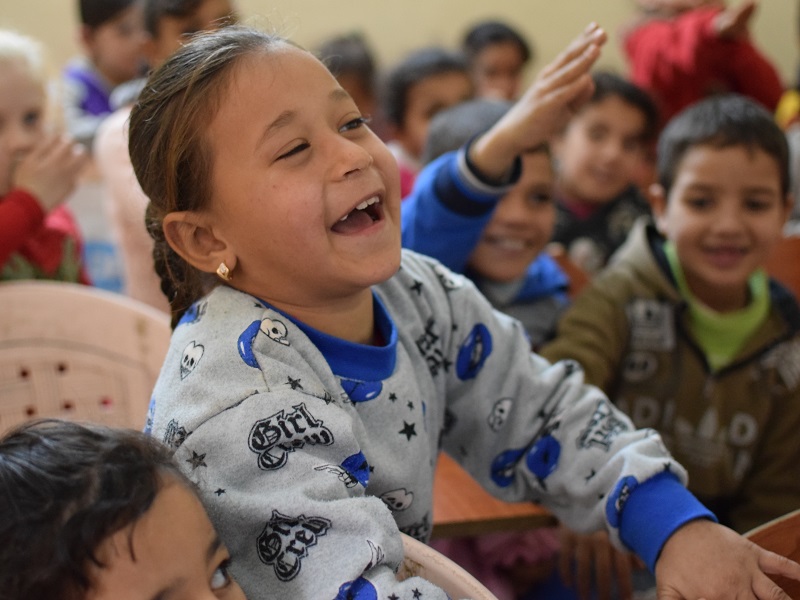 04/20/2020 Washington D.C. (International Christian Concern) – The village is simple, its inhabitants reliant upon the seasonal bounty of the fields given by the nearby Nile River. Poverty and Christianity are the common themes of the village. On all sides, they are surrounded by other villages known for Islamic extremism. It is there the children must go to school, must learn about the harsh realities of living as Christians in Egypt. Hope House gives an opportunity for education that they cannot receive elsewhere. This is why the center’s coordinator calls Hope House beautiful. It changes everything.

Bassam was born in this village but now visits it daily so that he can manage Hope House. For years, he had been involved in public education and observed firsthand how badly the system prepared students for life as adults. Muslim teachers often mistreat Christian students. Also, the expenses of public education are a significant burden for families, especially Christians, who face employment discrimination. “Most of the (village) residents are farmers, so they depend on seasonal bounty!” explains ICC’s Hope House team. “Most of the year, they don’t have enough money to live. They are suffering for providing their kids with a good education.”

Public education is expensive, and the quality is poor. But the afterschool education offered by Hope House solves both of these problems. While students pay a fee, it is minimal, and children joined the center quickly after it was opened. One child’s mother told Bassam, “Thank God!! It was a heavy load on my heart. Their father had decided to get them out of the (public) school because of the high fees.” At least this way, her children are still able to get an education.

“Some families can’t afford the (fee),” explains Bassam. “The policy of Hope House is to reach many kids. So around 5 or 6 kids can be accepted freely!”

Bassam is always busy working with the families of the village as he tries to show the love of Hope House to everyone. There was one family who stopped attending church, and then later, the father died. His family disowned the mother and her children, leaving them homeless. So Bassam contacted the family and showed them practical love, by offering to accept her sons into Hope House.

“The center has helped many kids to a higher educational level and to be improved. Some kids were not able to pass the exams before. Now, they have passed and got good results,” says Bassam.

The teachers overseen by Bassam are the beating heart of Hope House, often going above and beyond what is required. “The kids are attached to the teachers they love so much,” observes the Hope House team. They are willing to sacrifice their free time building up the children at Hope House. One teacher gave up his vacation time for the kids. Another noticed a curriculum revision in the public schools and, with one-day notice before the exams, built a lesson plan which addressed these issues. “How helpful these teachers are!” says Bassam.

Another change was happening within the village—this one more spiritual. The local church had suffered greatly because of persecution. For years, the government prevented it from the meeting. By the time this situation had changed, the congregation had greatly shrunk. Hope House seeks to help the whole person, not just their educational level. Through Hope House, the church was revitalized.  One of the Hope House parents said, “I thank the church for this service. We did not think that the service would be useful for us like this.”

“This service opened the closed doors for these people,” adds the pastor. “Now, it’s easy to visit them and invite them to attend the church meetings.” As Bassam says, “How beautiful Hope House affects the village!” To sign up as a sponsor or support ICC’s Hope House program, give us a call at 800.422.5441 or consider donating today.