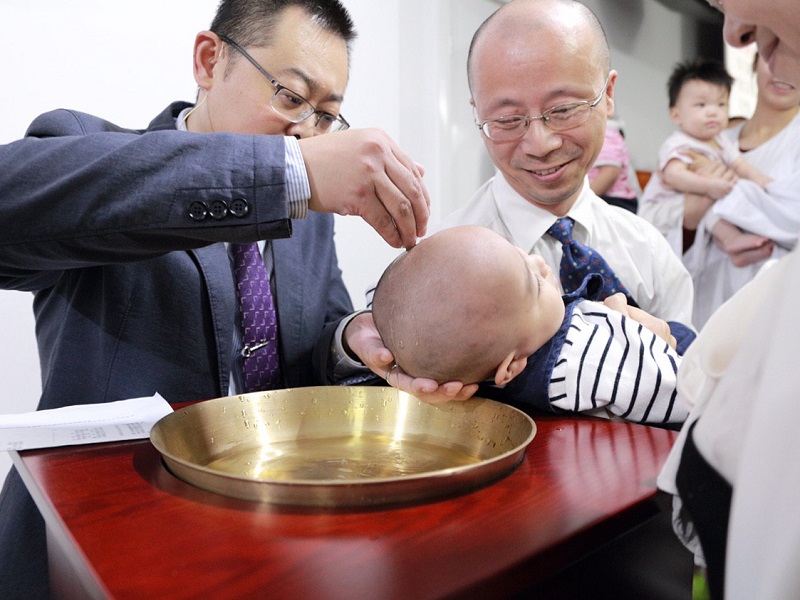 [vc_row][vc_column][vc_custom_heading text=”” use_theme_fonts=”yes”][vc_custom_heading text=”By Gina Goh” font_container=”tag:h6|text_align:left” use_theme_fonts=”yes” css=”.vc_custom_1585250547241{margin-bottom: 22px !important;}”][vc_single_image image=”115313″ img_size=”full” add_caption=”yes” alignment=”center”][vc_column_text]04/16/2020 Washington D.C. (International Christian Concern) – Seven months after they fled to Taiwan to dodge the end­less oppression against themselves and their church, Liao Qiang and his family seem to be adapt­ing well to their new lives on the democratic island. But even though they are safe in Taiwan for the time being, memories from the traumatic experience in China still overshadow their lives.

They were members of the heavily targeted church, Early Rain Covenant Church (ERCC), in Chengdu, China. On December 9, 2018, the police raided the well-known Sichuan house church and arrested more than 100 members before criminally charging many with multiple crimes. While most of them have been released on bail, Pastor Wang Yi and elder Qin Derfu are still incarcerated on trumped-up charges.

“The main reason for us to come to Taiwan is our adopted child. We are worried that he might be taken away by the gov­ernment,” Liao said, referring to his adopted son–a toddler who was abandoned by his parents due to a sarcoma on his arm.

Because the government labeled ERCC as a “cult,” the police could easily claim their son. They would say that he was growing up in a “cultish family” and needed to be “saved” from this environment. In December 2018, Pei Wenju’s family from ERCC lost their four adopted children. The children were forcibly taken and distributed to four different families; their adoption papers were abruptly nullified by the police.

Liao feels that he can with­stand the persecution against himself, but a forced separation from his adopted son is some­thing he cannot bear.

Ever since the 1209 crackdown on ERCC, Liao’s family has been placed under immense pressure. The authorities asked them to stop attending ERCC, distance themselves from Pastor Wang Yi, and send their older son to public school. Even though Liao sent his son to public school, the threats against them did not stop.

The government even staged a 24/7 surveillance team outside of their residence. Each member of Liao’s family would have a designated team to follow them around wherever they went. If they were out of sight, the police would use GPS tracking on their cell phones to monitor them. The police would follow them and appear suddenly to instill fear. At one point, seven people were tasked with following one family member. Twenty people watched them inside their own home. They were everywhere.

Rui-ting, Liao’s daughter, told ICC, “When we first saw police cars in Taiwan, we were fright­ened and wanted to hide. The two-year-old [toddler brother] still would say, ‘I want to beat the bad guys and kick them out’ even after we arrived in Taiwan. It only got better with time.”

Last July, Liao decided to bring his family to Taiwan and inten­tionally overstay their tourist visa for an opportunity to leave his repressive country for good.

“Thank God that because we are Christians, [so we are able to deal with this situation] or else we would be enraged to have experi­enced all this,” shared Rui-ting.

Looking ahead, Liao and his family would like to ask for prayers for the following: