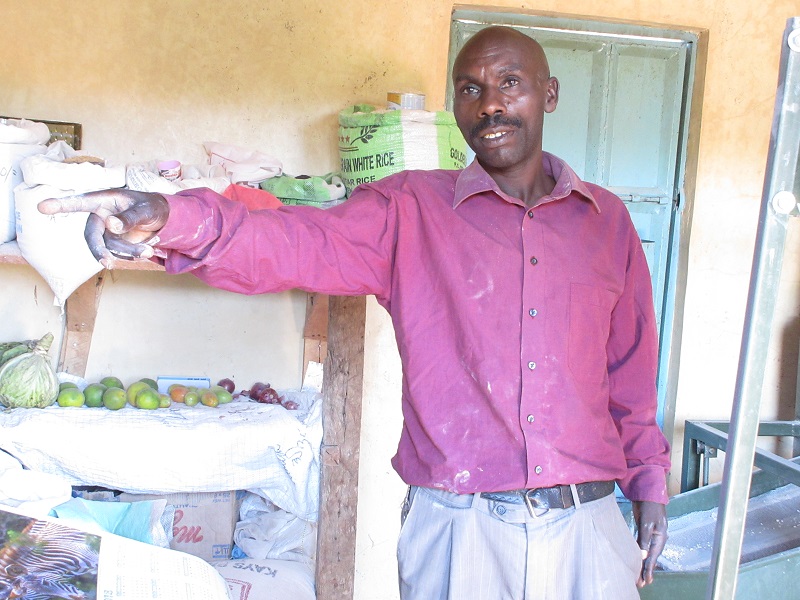 [vc_row][vc_column][vc_custom_heading text=”” use_theme_fonts=”yes”][vc_single_image image=”115312″ img_size=”full” add_caption=”yes” alignment=”center”][vc_column_text]04/02/2020 Washington D.C. (International Christian Concern) – On July 14, 2015, John Muriuki narrowly escaped an al-Shabaab attack in Mandera, Kenya. The militants ambushed the quarry workers’ compound in the middle of the night, shooting at them from all directions.

“Four of my roommates managed to climb up in the ceiling before the assail­ants reached our door,” John recalled. “My other roommate and I tried to dive under the bed because the ceiling was already full, but unfortunately my friend was shot in the head and chest.”

The attack continued for an hour. After shooting John several times, the militants left the room, assuming he was dead. Thankfully, the bullet barely missed his chest, and John survived with gunshot wounds to the hand and forearm.

In the year following the attack, ICC ensured that John received the immedi­ate medical care he needed to recover. A year later, he underwent another surgery to remove scar tissue that restricted the use of his hand. Yet, the injuries that he sustained continued to make it difficult for John to work to provide for his family.

ICC stepped in to give John a small busi­ness where he can thrive without the physical limitations of a manual labor job. He now operates a posho mill to produce various grain products. John has always given glory to God amidst these obstacles, and is now able to point his new customers toward Christ on a daily basis.

He expressed, “First of all, I am thankful to God for giving me life and a family that has been so understanding from the time I was hurt in Mandera. I was used to working and providing for my family until my hands were shot and my life took a sudden turn into a path of pain and hopelessness.”

John continued, “From the time ICC learned of our predicament, they took me to the hospital, bought me food packages two times, and now I own maize milling equip­ment. Once again, I am able to put food on the table and buy my wife and children new clothes and shoes.”

Thank you for helping us stand by John’s side to help alleviate his immediate needs as well as support his family’s long-term recovery.