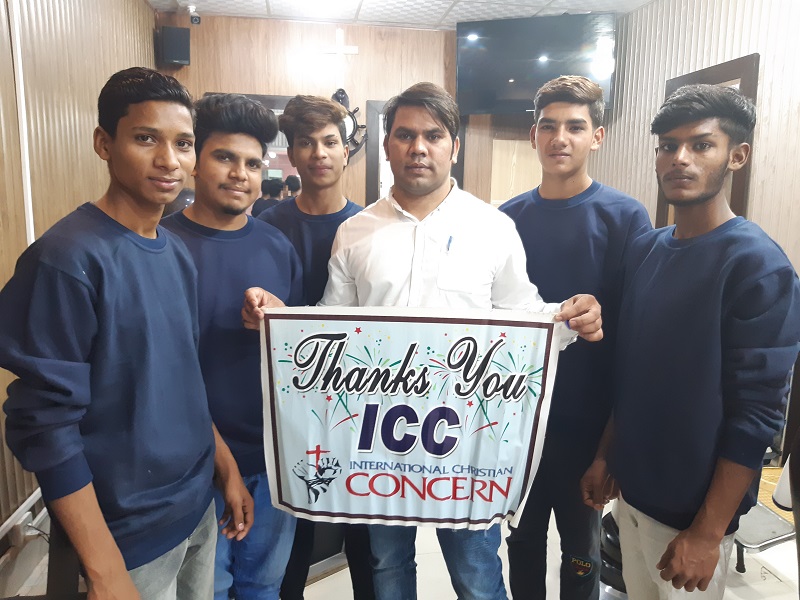 [vc_row][vc_column][vc_custom_heading text=”” use_theme_fonts=”yes”][vc_custom_heading text=”By ICC’s Pakistan Correspondent” font_container=”tag:h6|text_align:left” use_theme_fonts=”yes” css=”.vc_custom_1524746114971{margin-bottom: 22px !important;}”][vc_single_image image=”115421″ img_size=”full” add_caption=”yes” alignment=”center”][vc_column_text]03/25/2020 Washington D.C. (International Christian Concern) – The Lent season, often observed in March, is a time when Christians across the world engaged in fasting and other spiritual activities aimed at developing a closer relationship with God. However, for Pakistani Christians, Lent is also a time full of painful memories of how religious extremists have persecuted their community.

In recent years, the Lent season has become a frightening time and a source of worry for many Pakistani Christians. High profile attacks on both Christian individuals and communities have marred previous Lent seasons. Because of this, many Christians are on high alert throughout Lent, keeping an eye out for potentially bad news as they attempt to focus on the arrival of Easter.

On March 2, 2011, Shahbaz Bhatti, a renowned Christian leader and Federal Minister for Minority Affairs, was assassinated in Islamabad for his public opposition to Pakistan’s notorious blasphemy laws.

On March 9, 2013, a mob of enraged Muslims attacked a primarily Christian neighborhood in Lahore called Joseph Colony after a Christian resident was accused of committing blasphemy. The mob torched hundreds of houses, desecrated several churches, and looted many Christian homes.

On March 15, 2015, two churches in the Youhanabad neighborhood of Lahore were attacked by suicide bombers as they held Sunday worship services. Security guards kept the attackers out of the churches, which limited the death toll to 17. However, the explosions left more than 70 others injured.

On March 27, 2016, Easter Sunday, a suicide bomber attacked the main entrance of Gulshan-e-Iqbal Park in Lahore as people gathered to celebrate the holiday. As a result of the blast, 75 people were killed, including 22 Christians. More than 300 others were injured.

Following each of these tragedies, International Christian Concern (ICC) took action to care for victims, survivors, and their families. In the wake of each of these incidents, ICC connected with dozens of Christian families and provided food, medical aid, educational scholarships, and small businesses.

Among these families served by ICC are the families of Rehmat Masih and Amir Bhatti.

On March 15, 2015, Rehmat Masih’s eldest son was killed in the bombing of Christ Church in Youhanabad. To assist Rehmat and his family, ICC helped Rehmat establish a butcher shop and purchased three cows as his initial stock. This business has helped Rehmat and his family recover from the bombing of Christ Church and has set them up for a stable future.

In a recent follow-up visit, ICC noted that Rehmat’s butcher shop had become a significant success. Business has been so good that he has added a refrigerator and an electric cutter to the butcher shop ICC helped establish. In addition, Rehmat has also established a second butcher shop in the same neighborhood.

“I still miss my son; however, ICC did a great job healing the wounds of the grieved families by providing us sources to increase our income,” Rehmat recently told ICC. “This business has blessed me abundantly, and I, therefore, provide meat for the poor on different occasions because they often can’t afford to eat meat.”

On March 27, 2016, Easter Sunday, Amir Bhatti lost two family members in the bomb­ing of Gulshan-e-Iqbal Park. This bombing devastated many Christian families who had gathered in the park in Lahore to celebrate Easter.

Amir’s original barbershop only had two chairs and was very basic. However, Amir’s dedication has seen this business flourish into a great success. Amir’s barbershop is now located in a posh area of Lahore, has expanded to five chairs and a VIP lounge, and has become a very successful business.

Amir, however, is not keeping this success to himself. In recent years, Amir has trained three Christian youths to become successful barbers. Each of these youths has gone on to get steady work as barbers or have started barbershops of their own. Currently, Amir is training another six Christian youths. All of this training Amir does free of charge and provides these youths with pocket money to pay for their travel to and from the barbershop.

“I cannot pay back what­ever ICC did for me,” Amir recently told ICC. “However, I am committed to training other Christians to contribute my share with ICC’s mission of taking care of the suffering and downtrodden.”

While the Lent season will likely continue to be a difficult time for Pakistani Christians, it is also important to remember God’s faithfulness amid tragedy. For Rehmat and Amir, they have seen God’s faithfulness in the aid that has been provided by ICC. Because they recognize this truth, they are both using the blessings they have received from ICC to bless other Christians in their communities.[/vc_column_text][vc_column_text css=”.vc_custom_1585162274589{margin-bottom: 0px !important;}”]