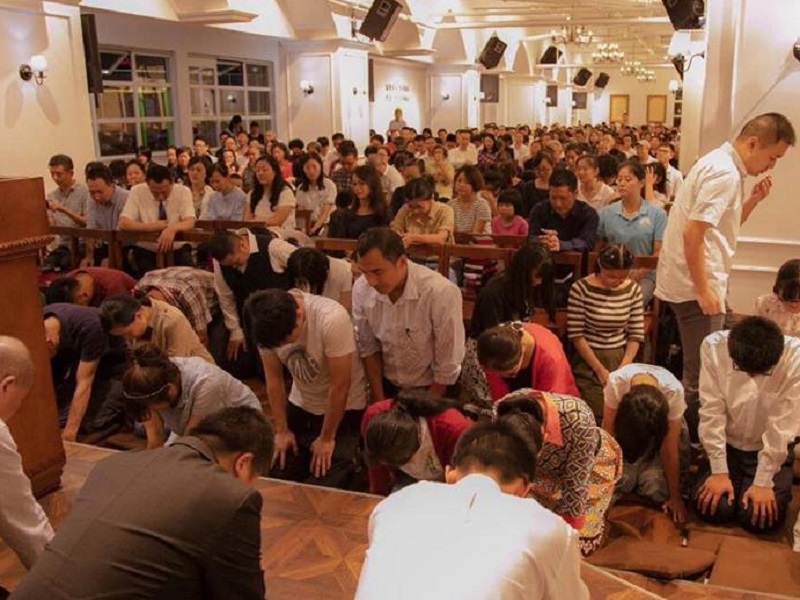 03/13/2020 China (International Christian Concern) – The Chinese government has not one day stopped its persecution against members of the Sichuan-based Early Rain Covenant Church (ERCC) after a major crackdown on the church in December 2018.

Even as the country battles with the novel Coronavirus outbreak, ERCC members still face ongoing harassment from the local authorities – a pregnant woman soon to be due had police attempting to forcibly enter her house and send her to the hospital by breaking her door lock; imprisoned pastor Wang Yi’s 13-year-old son continues to live under surveillance with his mother.

A couple with the surname Lan has been pressured by the local police to leave ERCC and send their children to public school. They repeatedly refuse to comply. According to China Aid, on March 11, after the couple had ignored people claiming to be “from the community” caring for them the day prior, the pregnant wife saw a police car and an ambulance waiting downstairs of her building.

Seeing that the couple refused to open their door, someone claiming to be police started to break their door lock, saying that “to avoid any accident that would happen to Mrs. Lan, since her medical check-up has not been smooth,” he wanted to bring her to the hospital. A series of videos shared online documented the episode.

Mr. Lan said even though it’s true that his wife has some health issues, the police should not have known this information and attempted to forcibly move them to the hospital. It is unknown whether or not the couple have been sent in the end.

Meanwhile, the son of incarcerated pastor Wang Yi, Shuya Wang, celebrated his 13th birthday on March 9 without his father. After he was forcibly moved to a public school last year, he has been attending school in police car every day. Although given the epidemic, schools in Sichuan now will conduct online teaching, Shuya and his mother still are being closely watched by police and cannot move freely.

Please continue to remember the suffering of these ERCC members.