The Writing on Egypt’s Wall 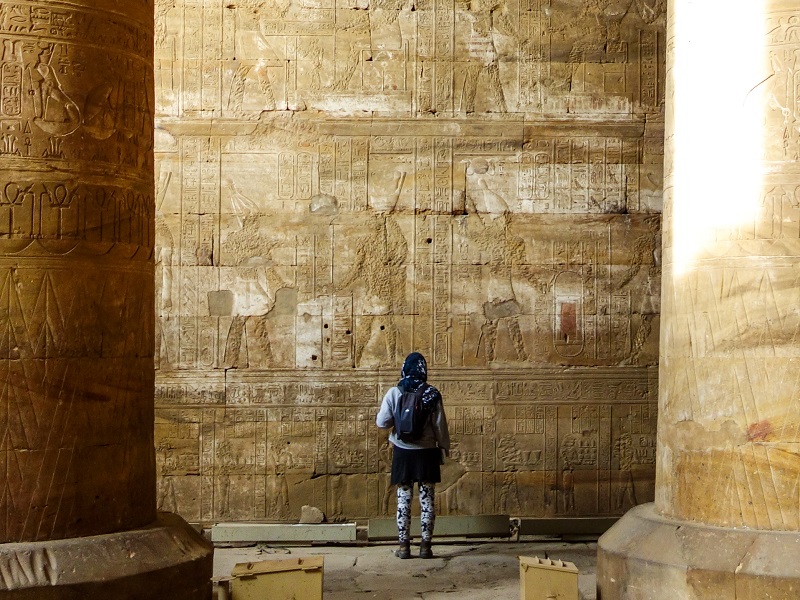 Ironically, the real criminal action followed Bebawy’s arrest. His arrest immediately caused local Muslims to launch into a frenzy of mob violence directed at Christians. They used Bebawy’s action as an excuse to riot against Christians, attacking Christians and homes across the region.

“The Muslims came from all of the surrounding villages around Minbal… They all came with anger and stoned the Christian houses,” one witness told ICC.

Today, Egyptian Christians are enjoying a moment of relief from the bloody, violent persecution they endured in previous years. From 2019 into 2020, mob violence against Christians in Egypt has declined as a result of a greater police presence on the streets.

But even though the streets are quiet now, the Church can­not rest easy. A stealthier breed of attack crouches beneath the surface. While violence against Christians has declined, the fear that more accusations may follow has only heightened.

The state’s presence is everywhere. Even in places less volatile than Upper Egypt, such as Cairo, a strong security presence is felt across the streets. The increased police pres­ence in the streets has deterred mob formations, but increased fear of state monitoring.

“We cannot speak. Egyptians, we have no free speech,” a church elder lamented.

The same security personnel who protect churches from attacks are also keeping track of church attendees. The situation puts Muslim-background believers at risk. If caught attending a Christian service, they could be accused of apostasy or blas­phemy. Blasphemy offenders can be sentenced to up to five years in prison.

Christians are torn over whether the situation is a blessing or a curse. Maher, a 32-year-old living in a village subordinate to Minya City, expressed. “My village is very calm and quiet. There is no chaos! The situation of Christians improved.”

On the other hand, she shared that Muslim extremists target Christian women and girls on the street, mocking and cajoling them for their clothes or their hair.

Melad, an elderly Christian, pointed out that the conflict has merely shifted from churches to individuals. Same conflict, dif­ferent target.

“For me, 2019 and 2018 are the same. There are no improve­ments for Christians. The Islamic teachings did not end and perse­cution turned from attacking Christian churches and buildings to (attacking) individuals… like the kidnapping of the Christian girls and pressure on them to convert to Islam,” he explained.

But are these concerns and fears over the slow death of free speech in Egypt rooted in reality?

Abd’s legal defense team firmly believed that they would suc­ceed in his appeal. After all, no material evidence was presented against Abd. In fact, he reported that his Facebook account was hacked and deleted the post prior to his arrest.

But it was no use. Predictably, the courts chose to bend to the public, confirming that blasphemy accusations do not need evidence to win in court. On December 22, 2018, six months after his arrest, Abd was sentenced to three years in prison for an accusation that would be dismissed as ridiculous in any American court of law.

Tragically, Bebawy’s entire family was forced out of his home village.

Despite disagreement over increased security, the question of improved religious freedom in Egypt remains. For Egypt to claim religious pluralism, it must allow minorities the right to worship and speak freely by abolishing laws that target free speech. The phrase “All is controlled, but not all is monitored” is repeated like a warning: take care, do not give the state an excuse to monitor. They fear that Bebawy’s fate will someday be their own.