The Suffering of Christians in Aceh, Indonesia 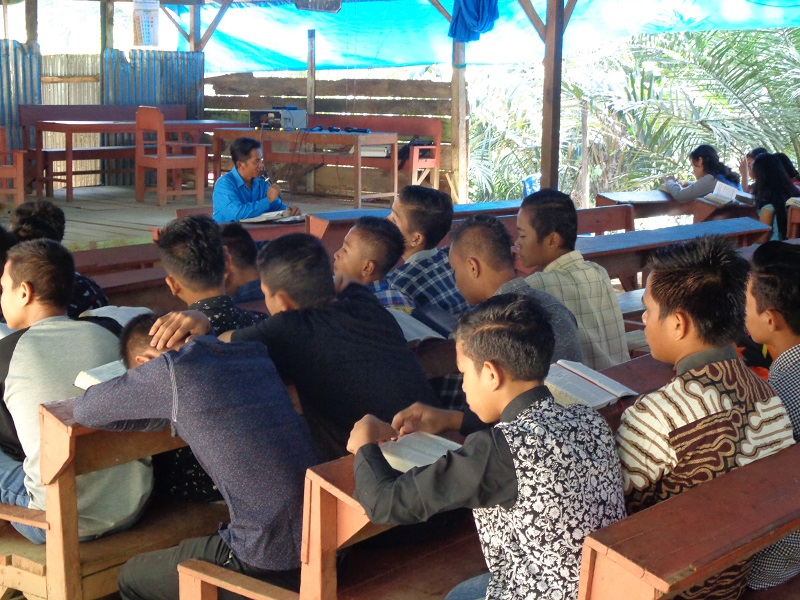 [vc_row][vc_column][vc_custom_heading text=”” use_theme_fonts=”yes”][vc_custom_heading text=”By ICC’s Indonesia Correspondent” font_container=”tag:h6|text_align:left” use_theme_fonts=”yes” css=”.vc_custom_1582814708320{margin-bottom: 22px !important;}”][vc_single_image image=”114987″ img_size=”full” add_caption=”yes” alignment=”center”][vc_column_text]02/27/2020 Washington D.C. (International Christian Concern) – Anxiety, worry, fear and happiness flared up in my heart when I learned that I was going to visit one of the provinces that is very distinct in my country, namely the province of Aceh. The special autonomous region is unique for it is the only Indonesian province practicing Sharia law.

From my understanding, every person who enters the Aceh region must follow the regulations there. For instance, in terms of outfit, one must wear Muslim clothing and those who break the rules will be flogged.

After a long journey to Medan airport, an additional eight-hour car ride brought me to the destination of my trip – Singkil district. My worries and fears disappeared immediately, replaced with joy mixed with feeling emotional. Such feelings occurred when I met and witnessed firsthand the lives of the Christian brothers and sisters there.

Even though they have experienced a very heartbreaking event, they remain firm in their faith. Since 2015, Christians in Aceh Singkil have been worshiping in makeshift tents, due to the burning and destruction of a number of churches by extremists, on the grounds that these churches did not have proper building permit. A large number of Christians had to flee to other cities given the heightened tensions. The incident occurred on Tuesday, October 13, 2015, but according to local Christians, the attack on the Church in Aceh Singkil has occurred since 1979.

Back then, a joint agreement between Christians and Muslims was signed, with the former agreeing not to build or renovate their churches before obtaining permission from the regional government.

However, in 1995,1998, 2001, there were attacks and closures of a number of church buildings. Then, again, an agreement was made on October 11, 2001 with the decision to ensure that in Aceh Singkil, they will only have one church and four Undung (a house that is used for worship).

Yet still, in 2006 and 2015, there were burnings and demolitions of a number of churches. According to the locals, Christians violated the agreement that had been made. But Christians, on the other hand, said that they needed a church building because the number of worshippers was increasing and to obtain a building permit was made difficult through a regional regulation called Qanun.

Boas Tumangger is the chairman of the Aceh Singkil Love Peace Forum (FORCIDAS), formed to fight for Christian rights as Indonesians and speak to the central government in Jakarta about what happened in 2015 to several Aceh Singkil’s churches. Boas explained that the incident on October 13, 2015 was preceded by a demonstration on September 6, 2015 at the Aceh Singkil District’s office from a group of people who called themselves Islamic Youth Care (PPI) and the Islamic Defenders Front (FPI).

They gave speeches claiming that in Aceh Singkil, Christianization had taken place, thus they demanded that churches without permits in Aceh Singkil be demolished. And because they thought the government was slow in responding to their demands, on October 13, 2015, the group of people invaded and burned down the HKI church in Suka Makmur region. Their actions were soon followed by the Aceh government’s demolition of other churches, executed by SATPOL PP (civil police) and aided by the TNI (army) and POLRI (Indonesian police).

Church leaders whom the Aceh Christians call “Guru Jemaat” and “Sintua or Elders” were under pressure, as they were asked by government officials from the TNI to sign a statement to demolish their churches. Labas Marthin Pohan, a Guru Jemaat at GKPPD Sanggaberu, told me, “During the demolition of our church, me and all Sintua were not around. We were hiding, because if we were there then we would have been asked to sign to approve the demolition of our church. We let them dismantle our church but we didn’t sign to agree to the demolition.”

These church demolitions left a deep scar for every church leader and congregation. Boas Tumangger at that time was at his church, GKPPD Sanggaberu, which experienced destruction and he also documented the incident through his cell phone.

Recounting with teary eyes, and once in a while taking a deep breath, Boas said, “Recalling the events of that time, my heart was so broken when I saw our church during the process of being destroyed. The congregation from the elderly to the children were all crying loudly.”

He added, “My child, who was still crying while using our local language, said, ‘The church has been destroyed; where are we going to worship on Sunday?’”

Paiman Berutu, Sintua from GKPPD Siompin, in a deep voice while trying to hold back his tears, said, “I watched from a distance the process of dismantling our church. At that time, when the church was torn down and the roof of the church fell on the ground, it sounded like a bomb blast, so loudly the sound, we could only cry without being able to do anything.”

Labas Marthin Pohan, though trying to be strong, the sadness on his face was evident. He said, “After the demolition, I came out from my hiding place, then I was visited by members of my congregation from old to young. At the time we could only cry together. And the congregation said to me, ‘The church has been destroyed and cannot be used anymore; how can we worship on Sunday?’”

He tried to look strong in front of the congregation, even though his heart broke because he became a church leader who didn’t have a church building and wondered why it must happen to him. He was just ordained a week prior to become a new Guru Jemaat at the GKPPD Sanggaberu replacing the retiring Guru Jemaat.

“Only a week prior, it was the first time for me to be able to preach in this church. I never thought that it was going to be my last sermon at the church building. I tried to be strong and say to my church members, ‘On Sundays we will worship in my home yard.’ Then we bought a tent and that Sunday we worshiped in my house yard by using a tent,” he added.

Juan Sibrow, Sintua of GKPPD Mandumpang, on the other hand, looked upset and angry as he expressed his feelings. “We as Christians in Aceh Singkil seem to have no longer been considered by the central government in Jakarta as citizens of the Republic of Indonesia. They don’t care about us anymore. Has the Aceh Singkil Love Peace Forum (FORCIDAS) not visited Jakarta many times? But until now there has been no response to our petition.”

He continued, “It seems like it takes a miracle for the church to be built here. The animals here are more valuable than us Christians, because animals here can have pens and the pens can be seen in front of highway. We are however not allowed to build our church in front of the highway. We really experience discrimination here as Christians. The regional regulation called Qanun is very burdensome for us in terms of granting the permission to the construction of places of worship. Oddly, the regulations only apply to churches, not mosques. Not a single mosque here has a building permit.”

Even though they face difficult situations, there are things that can be learned. Guru Jemaat from GKPPD Mandumpang Church, Gunawan Padang, whose church was burned down by unknown persons, said, “Although I hate to see that my church was burned down, after that incident, more and more members of the congregation attend worship even though it was only under a tent.”

Labas Marthin Pohan also said, “It used to be very difficult to gather all the fathers in my congregations to come to church, but now there are a lot of fathers at the church to worship. We even participated in men’s choir competitions in the Singkil region and won the first place.”

Paiman Berutu added, “Praise the Lord that until now, not a single member of the congregation has left the church; they are increasingly active in worship.” His comment was echoed by other church leaders, who said that leaders at their churches became very eager to serve each member of the church, visiting every household of the congregations, in addition to having services at home and routine worship services on Sundays.

I was very touched to hear each of their inspiring stories. I was grateful to be given the opportunity to speak during Sunday worship at GKPPD Sanggaberu – sharing motivational words to Sunday school children and teenagers, then preaching at the main service. It was indeed a great opportunity and a very memorable experience when we were together as Christians in Aceh Singkil.

From conversations with several church leaders and my observation, I discovered that they are in need of developing leadership qualities for church leaders. In addition, for spiritual development, they need Bibles in their local language, Pak Pak Dairi, since their churches are tribal churches and their worship is conducted in the local language. ICC will work with these local churches to provide them what they need in order for these persecuted Christians to persevere in their faith.[/vc_column_text][vc_column_text css=”.vc_custom_1582814833941{margin-bottom: 0px !important;}”]