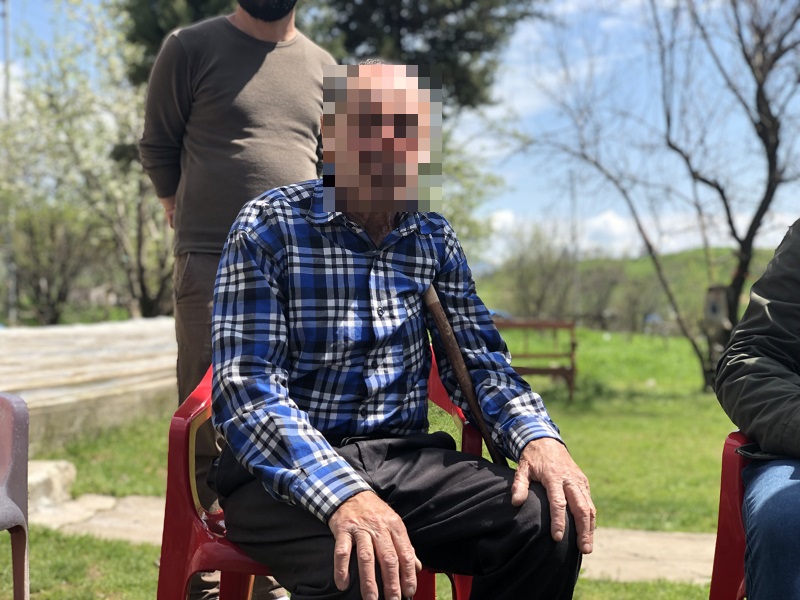 [vc_row][vc_column][vc_custom_heading text=”” use_theme_fonts=”yes”][vc_custom_heading text=”By Claire Evans” font_container=”tag:h6|text_align:left” use_theme_fonts=”yes” css=”.vc_custom_1582120269570{margin-bottom: 22px !important;}”][vc_single_image image=”114729″ img_size=”full” add_caption=”yes” alignment=”center”][vc_column_text]02/20/2020 Washington D.C. (International Christian Concern) – It’s not the Iraq outsiders know. The rural, vibrant green landscape of the north is filled with high mountains echoing whispers of ancient history. The mountains hide centuries-old churches built within the rocky landscape. Yet in the valleys below, homes are abandoned. The silence is deafening. These are Christian homes. The houses are sound; the land is fertile. The valleys shouldn’t be filled with ghosts.

The reasons that Christianity struggles in northern Iraq are complex, differing from one valley to another. But in one village where forty families still remain, the issue is quite clear. “The biggest problem for our people that makes them leave this village is because of the land grabbing,” explains a village elder. Like the other families, they are shepherds. It is a common occupation in the north. Shepherds guide flocks of hundreds of sheep and goats across the mountains, searching for pasture. Villages own large sections of land, giving them legal rights to graze their livestock. The rule is simple: graze your livestock on your village’s land.

Land grabbing breaks this rule—and so much more. Statistically, the land grabbing of Christian areas has caused a more rapid decline of Christianity from the country than the genocide of ISIS. For this village, it started when they welcomed refugees from Saddam’s genocide in the 1980s. Two Muslim villages were created on the edge of the Christian one. Mosques were built, and an extremist ideology similar to the Muslim Brotherhood took hold. If Christians were second-class citizens, then their land couldn’t be theirs. It must be relocated to the Muslim community; at least, that is what one local Muslim leader began promoting.

This Muslim leader started selling parcels of the Christians’ land to those who attended his mosque. He was building an empire. The people who bought these parcels would simply appear on the land, building homes and bringing large livestock herds. They thought they had legally possessed the land. Because of the sheikh’s influence, Christians couldn’t easily voice their concerns. Even local police repeatedly told them, “It is not good for you to do this. You should stop coming to court and speaking against the sheikh.”

Still, the village’s Christians knew that their future depended on their ability to protect their legal rights to the land. In another Christian village with a similar problem, the police had closed the road in an attempt to keep the people silent about the case. “Members of the police had closed it and didn’t let people through. The Special Forces came to open the roads but didn’t succeed. They even cut the electricity,” recalls one Christian.

The legal fight to prove that Christians had a right to the land was destined for challenges. “These documents are sixty years old, proving this property is ours,” says a village leader. “All the time we think we will win the case. But they always turn the other way because of the influence.”

Even just days before International Christian Concern (ICC) first learned of this situation, the village had been told, “Forget about this. It is better for you.”

ICC did not forget. With our support and that of other legal partners, a court case was opened. International support was crucial to this case. Having someone outside the village, monitoring and ensuring that their case moved forward, was essential. Thankfully, this time the courts ruled in favor of the Christian villagers, protecting their property rights. Although their Muslim neighbors have opened an appeal to contest the decision, this was an important step forward. It serves as a reminder that we should not forget that persecution in Iraq is diverse. Sometimes, and often in ways more sinister, it is the slow drip of rights being taken away. But at least in this valley, the active presence of Christianity continues for another day.[/vc_column_text][vc_column_text css=”.vc_custom_1582120315136{margin-bottom: 0px !important;}”]