“You Have Sacrificed Enough” 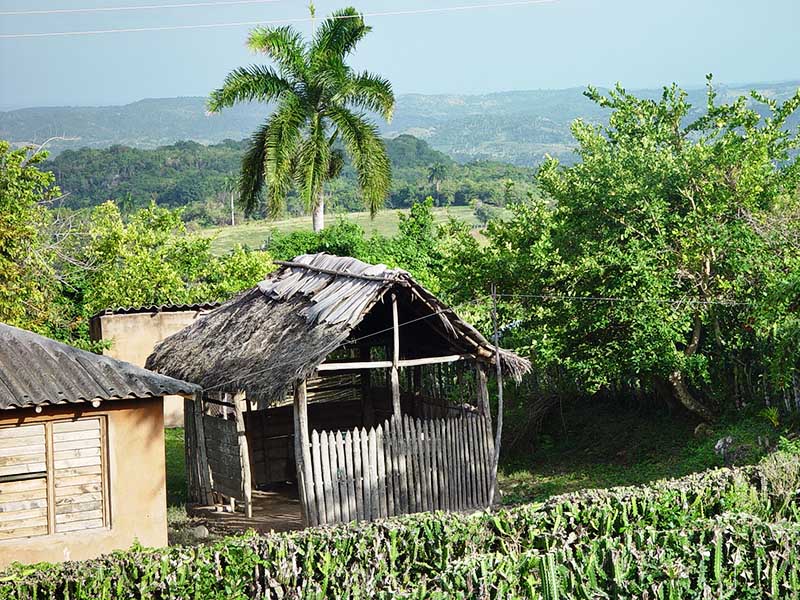 p[vc_row][vc_column][vc_custom_heading text=”” use_theme_fonts=”yes”][vc_single_image image=”99731″ img_size=”full” add_caption=”yes” alignment=”center”][vc_column_text]02/12/2020 Washington D.C. (International Christian Concern) – The secret police closed down Pastor Argelio’s* church in Cuba for the second time. Despondent, he met with the president of his denomination, who told him, “Argelio, you have sacrificed enough. Don’t sacrifice any­more. I will give you another church.”

Although the leader’s words were meant to comfort him, they didn’t. He felt that God had clearly called him to his church. He could only trust that this crossroad was a part of the plan.

But that didn’t make his path any more straight­forward. The last time his church had been shut down, his flock of 60 scattered. Two weeks later, there were only eight people left – including him and his wife.

He rejected the offer to go to another church, regardless of the cost. He decided to press on with the work God had given him.

It seemed impossible that a congregation would ever be established again. But God placed a mustard seed of faith deep in Argelio’s heart that one day he would be able to worship again in Puerto Padre.

Years later, He felt God’s call to start a church in the town of his boy­hood church. He prayed, “God, if I can find one believer who attended my old church [24 years ago], I will start up the church again.” As he walked down the streets of Puerto Padre, he over­heard a woman openly talking about God.

He asked if she had attended the Pentecostal church in town two decades before. She nodded and said that she was the only believer left in the area who had attended that church. It was a day of promise.

On that day, Argelio began to pray fervently for the birth of a church in Puerto Padre, and he didn’t stop praying for the next seven years.

He married a woman who shared his burden to start a church in Puerto Padre. They lived over 60 miles from Puerto Padre and had no car; but every weekend, they’d travel on three buses to get to the town. They slept in chairs on the street and ate bread and soup to make ends meet.

Eventually, someone offered them a room where they could stay on the weekends. The room was stiflingly hot and overrun with mosquitoes. There were holes in the mattress and no electricity. Argelio and his wife would sit in the rocking chairs outside the room until 4:00 in the morning to avoid the heat and mosquitoes. Life continued this way for a year until the church began with five people in attendance: Argelio, his wife, two believers, and a spy for the communist party.

The communist government made life miserable for the small church, until the authorities eventually closed the church. All of their belong­ings, including the church sign, were thrown out onto the street. The doors were locked and sealed. Anybody who broke the seal would immediately go to prison.

On that day, it began to rain. Their few earthly possessions were drenched, and there was no place for them to stay. One by one, neighbors offered to help by storing the pieces of furniture the gov­ernment had thrown out on the street. Someone offered them a room to stay in. The housing conditions were so poor that Argelio’s wife took showers at a neighbor’s house. They had no soap, and they used leaves to clean themselves.

Things were becoming desperate for people in Cuba. The Cuban medical system lacked basic equipment to perform medical treatment. Filled with perseverance that could only be attributed to the work of the Holy Spirit, Argelio pressed on with his job at a different house church in the same area. He saw the power of God at work through the miracu­lous healing of these people. One woman was sick for five years; after the church prayed for her, she was completely healed.

As the church began to grow again, pressure from the authorities intensified. The government refused to issue building permits and threat­ened to imprison Christians. Regardless, Argelio’s determination made the government realize that he wouldn’t give up. After many years of persecution, they finally left him alone, and his church was left to grow.

Argelio saw many souls come to Christ over the years. From that first believer in Puerto Padre, the Body grew and grew.

After 16 years, Argelio’s church had 700 members. One church grew into 22 others, with a total membership of 3,000 believers. This hap­pened while under constant harassment and pressure from the secret police for decades.

Argelio said to me, “When you are faithful in the midst of adversities of life, God will be faithful to you and will bless you more. Many souls have been won, and I give thanks to the Lord. We were middle-class citizens before we started the ministry, but we forsook all the comforts of life for the glory of God. We must obey the Lord, even in difficult circumstances.”

Look at that quote again and think about the parallel in your life. What has God called you to?

Whatever your calling is, know that it will be greatly opposed by the evil one. You will suffer setbacks and struggles. It is inevitable.

Life contains plenty of setbacks along the way, even when you aren’t getting shot at by the enemy. I think it will do us well to let Argelio’s words ring in our ears: “We must obey the Lord, even in difficult circumstances.”