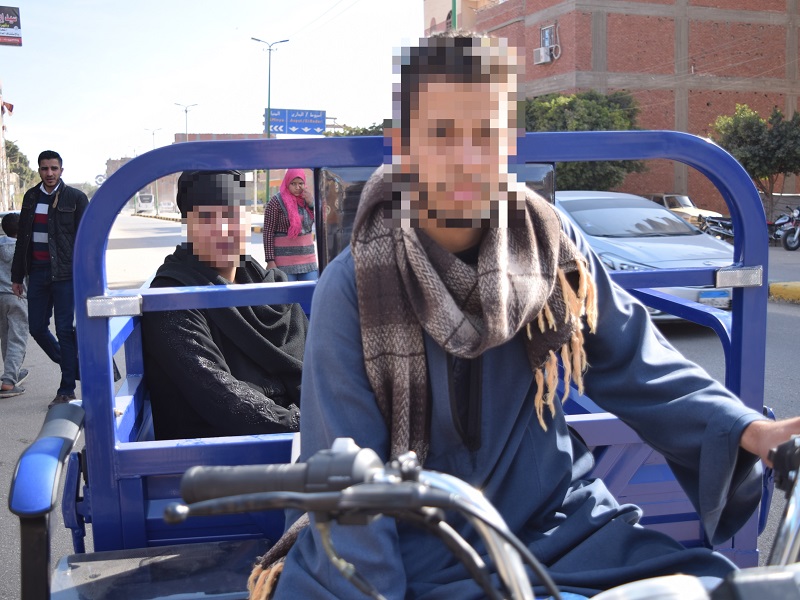 [vc_row][vc_column][vc_custom_heading text=”” use_theme_fonts=”yes”][vc_custom_heading text=”By Claire Evans” font_container=”tag:h6|text_align:left” use_theme_fonts=”yes” css=”.vc_custom_1581101773876{margin-bottom: 22px !important;}”][vc_single_image image=”114467″ img_size=”full” add_caption=”yes” alignment=”center”][vc_column_text]02/07/2020 Washington D.C. (International Christian Concern) – It wasn’t supposed to be this way. Mageed was a chicken trader, a Christian man who strolled the dusty streets in Upper Egypt, selling hens to provide an income for his family of seven. But this past September, Mageed walked those streets for the last time. Beaten by multiple men, it was impossible to know which item dealt the death blow: the cudgel or the knife.

His supposed crime? According to his neighbor, Muslims were mistreating Mageed’s son. “He heard his son crying loudly and got out of the house quickly. He tried to defend his son, but the killer hit Mageed on his head,” said his neighbor.

Mageed was dead, murdered by a known Islamic extremist and his followers, men with a history of making it clear just how much they disliked Christians. Men who were also Mageed’s neighbors. Life in the village immediately constricted. Although persecution is widespread in Egypt, this was the first violent murder of a Christian in this particular village’s recent memory. Christians became afraid to speak of it—unsure how their Muslim neighbors would respond.

Eventually, the situation eased into a superficial calm. “Some people try to bother my sons,” Mageed’s wife, Mariam, told International Christian Concern (ICC) recently. “Now I don’t feel safe here. Some of the extremists try to create disputes with my sons, so it’s possible that these young guys get angrier and maybe kill or injure one of my sons. Our houses are besides their houses; I just want to avoid meeting or dealing with them.”

The death of Mageed meant that his young sons inherited the role of breadwinner for the family. Walking the streets to peddle chickens was out of the question in this kind of community environment. It was also hard labor for them. “I was usually carrying the chickens’ cage on my head, walking and touring the villages. It was painful and exhausting for me,” said one of the sons.

ICC met with Mariam and her sons to learn more about these problems, and how we can help. “They talked to me about our case,” recalled Mariam. “I felt that something good will happen to me, and once they left me, I prayed to Jesus.”

Exploring this situation allowed ICC to get a more personal understanding of the challenges facing the family after Mageed’s death. The idea of purchasing a tricycle—a small three-wheeled vehicle with a bed for carrying items—was raised with Mariam and her sons. The idea was met with exultation. Her sons had inherited their father’s job much sooner than expected. A tricycle would not only make it easier, but would allow them to sell goods across a wider geographical space. It would provide a type of safety net for the family.

A day was set for purchasing the tricycle. Although the temperature was only in the 60s, for Egyptians, it was a very cold day to be outside. Mariam and her sons bundled under layers of warmth, excitement building for the tricycle. ICC picked them up and drove to a nearby dealer. Steaming hot tea followed them as looked from one tricycle to the next. The negotiations commenced.

Mariam’s sons were active in looking over each tricycle. The oldest was especially meticulous. He “started to check the tricycle. He was very happy to touch it and turn it on,” observed our field team. He picked the tricycle that worked the best, and tasked the mechanic with making some small custom changes. By now, the entire community seemed invested to make sure they received the best tricycle. A pharmacist came and helped with the negotiation. A priest came and blessed the project.

Despite the cold air blowing into their faces, smiles and relief abounded as the family drove the tricycle home. It has completely transformed their way of life. “The tricycle is better,” said one of the sons. “It will help me to reach more villages. Also to reach the poultry farm easily without paying the transportation fees.”

Mariam continues to express delight in this project, thinking of how it can grow as time continues. “I can see that my sons have a bright future. Now they can build a good business on this tricycle.”

She dreams, “Maybe we can rent a small shop. Then I can work in it and sell chickens to the people. Also my sons (can) work outside and tour the village to sell the chickens.”

The tragedy the family experienced threatened to condemn them to a life of deeper poverty. But this tricycle has breathed new life into their existence. Now there is a future—and the future looks bright.[/vc_column_text][vc_column_text css=”.vc_custom_1581101855498{margin-bottom: 0px !important;}”]