Afghanistan: Land of Wars or Opportunity? 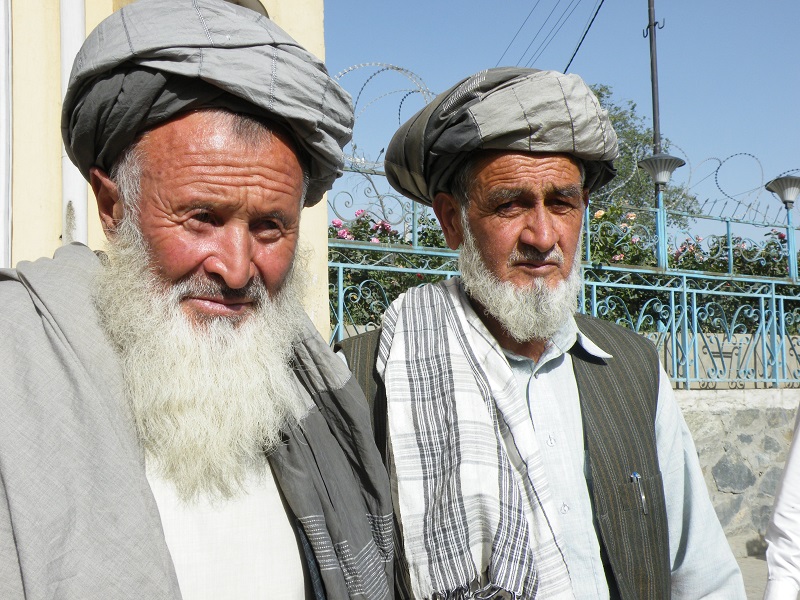 As I watched the coverage of the terrorist attacks, I remember a map of Afghanistan coming onto the screen. I remember feeling that Afghanistan was a faraway and dangerous place. A land of war.

Twelve years later, I found myself step­ping off a plane at the airport in Kabul. This was my first trip to Afghanistan and, hon­estly, 9/11 and that “land of war” perception still colored my thoughts about the country.

Recently, I sat down with Jon, an Afghan church leader, to discuss the shift in my perception of his native land. When I first posed this dichotomy of Afghanistan to him, he agreed.

“It’s true,” Jon said. “People have defi­nitely been suffering for the past 40 years. There are families now that have suffered for at least three generations with members having been killed or disabled.”

“You mentioned 9/11,” Jon continued. “This was the time when the world’s eyes were open to Afghanistan. Afghans got more opportunities than ever following the inva­sion. Money, aid, education, and new technol­ogy helped to bring society forward.”

Despite the changes that technology and foreign aid brought, many in Afghanistan continued to suffer the effects of war. However, this suffering did not turn people away from the Gospel. By living in a war-torn nation, many Afghans have become more open to the Gospel.

“Because of the suffering, the next genera­tion is looking for something different,” Jon said. “At least one-third of young people in Afghanistan are agnostic, as they are unsure of what to believe. This means that there is some openness towards the Gospel.”

This new openness towards the Gospel sparked a conversation about Afghanistan’s underground Church. Christianity is offi­cially unrecognized by the government of Afghanistan. It is a true underground move­ment. This means that, according to Afghan law, Christianity does not exist within the country’s borders.

Despite this lack of official recognition, Jon argues that the Church in Afghanistan is both an underground and public movement.

“People know that we have Afghans that have converted to Christianity,” Jon said. “There are some Afghans today that are able to share their faith with their friends and fam­ily. Even with complete strangers. However, there are still challenges.”

Even though the people of Afghanistan are becoming more open to the Gospel, Christians in Afghanistan still live in danger.

“You can lose your job or even your life,” Jon explained. “If you become known as a Christian, you can also lose your spouse, custody of your children, your inheritance, your house, and any other property you own. The government can confiscate any­thing because you are now considered a threat to national security.”

Jon went on to explain that Christians in the past have been charged with “corrupt­ing the national religion.” This is consid­ered a crime against national security in Afghanistan. Ironically, these are the same types of charges that were leveled against the perpetrators of 9/11.

In the midst of these challenges, however, Jon reports that the underground Church in Afghanistan continues to grow.

“There are a good number of house church­es across Afghanistan,” Jon reported. “The number of members varies between three to 25 Christians. Around Christmas and Easter, some gatherings might be as large as 60 to 70, but this is generally only once or twice a year because of security concerns.”

Looking forward, Jon and other under­ground leaders in Afghanistan are hoping that the Afghan Church will continue to grow in both size and maturity.

“Afghanistan is going to be very chal­lenging over the next two years,” Jon said. “As we figure, there will either be a num­ber of changes made to the current regime or there will be strife.”

“On the church side, however, I really believe that in the next five to 10 years we are going to witness a huge movement in Afghanistan,” Jon continued. “There are going to be hundreds of Afghans coming to know Jesus.”

“Afghan Christians are taking the cour­age to teach and to share their faith,” Jon said. “Looking forward, I really want to see Afghanistan become known as a country for honoring and loving God, not the coun­try responsible for every evil that happens in the world.”

With Christians like Jon helping lead the Afghan Church, I have little doubt that this vision for Afghanistan will someday come true. There will be challenges along the way. But the enduring faith I have witnessed as a common trait among Afghan Christians, I believe, will help transform the country from a land of war to a land of faith.