Fighting for Freedom in Hong Kong 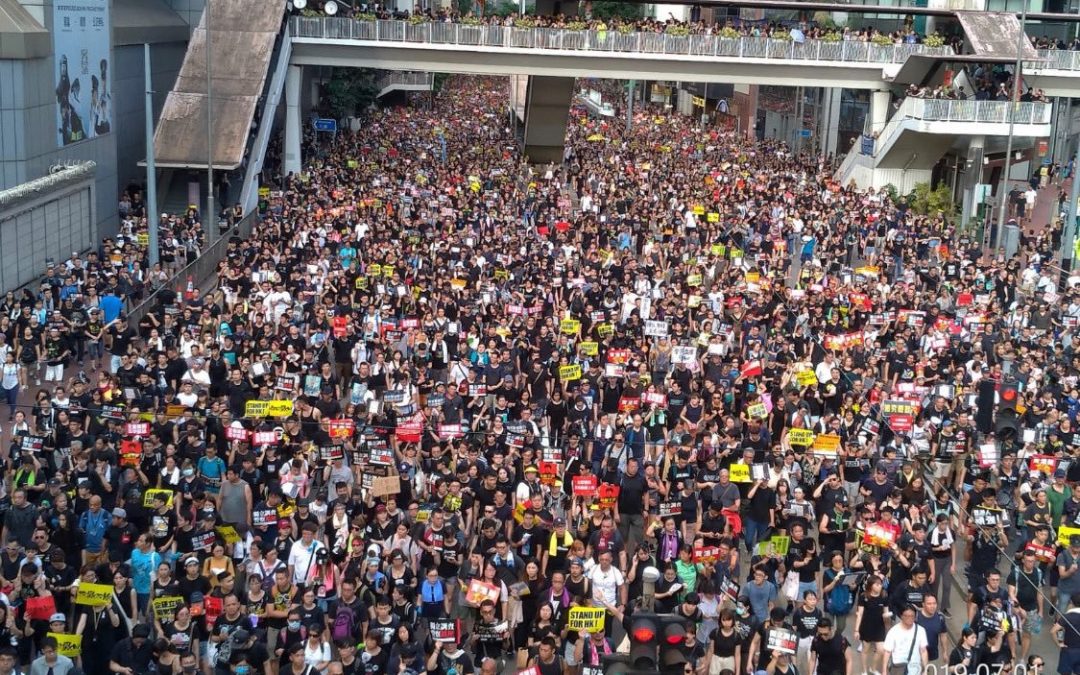 [vc_row][vc_column][vc_custom_heading text=”” use_theme_fonts=”yes”][vc_custom_heading text=”By Gina Goh” font_container=”tag:h6|text_align:left” use_theme_fonts=”yes” css=”.vc_custom_1578343926841{margin-bottom: 22px !important;}”][vc_single_image image=”111810″ img_size=”full” add_caption=”yes” alignment=”center”][vc_column_text]01/15/2020 Washington D.C. (International Christian Concern) – As a mother of two and a wife whose husband has been kidnapped and tortured by the Communist Party of China, Geng He under­stands all too well what the people of Hong Kong are fighting against.

Her husband, the prominent human rights lawyer Gao Zhisheng, was once lauded by the Chinese Ministry of Justice as one of China’s top 10 lawyers. His collision with the communist regime began when he started providing legal aid to Christians, Falun Gong practitioners, and activists.

It has been over two years since Geng He has seen him.

When ICC spoke with her on November 5, she told us, “Today marks the 814th day of his disappearance. There still has been no news whatsoever with regards to his where­abouts.”

It started with the death threats, then it moved into harassment. For years, the family was monitored, harassed, and threatened by the government. Gao was even beaten by the authorities. In August 2006, Gao disappeared for the first time. He was accused of “subver­sion,” and sentenced to three years in prison.

Geng He and her two children managed to escape to the US in 2009, but they have never forgotten about their beloved hus­band and father.

In December 2011, Gao was imprisoned again for allegedly violating the conditions of his suspended three-year sentence. Although released from prison on August 7, 2014, he continued to be placed under house arrest until August 2017, when he disappeared again. He is believed to be held in an undisclosed loca­tion with no contact with the outside world.

The physical condition that her husband was in when Geng He last saw him was deplorable.

“Gao has lost at least six of his lower teeth, and is only able to eat porridge like an old man. What can he possibly do to the govern­ment? Yet he was forcibly taken away. Why does the government still fear him?” she raised her voice as she posed the question.

Even after Gao’s loved ones reached the land of the free, alas, their family members back home are still subject to surveillance and persecution. They are requested to sign in every month at a nearby police office, their IDs were confiscated to prevent them from leaving their town, and their family-owned factory was shut down and fined as “punishment” by association. For this, their family cut all communication with them in fear of more oppression.

The people of Hong Kong have been pro­testing since last June against an extradition law that could place prisoners like Gao in a vulnerable position at the hands of the regime. After the regime destroyed her family, Geng He decided to stand with them.

Geng’s own fate is inextricably entwined with this bill. Since she is seen by the Chinese government as a fugitive, the Hong Kong government could arrest and hand her to China to face an unjust trial if the bill is passed. “They cannot send people to an authoritarian China!” she protested.

The millions of Hong Kongers who took to the streets to fight for their rights and freedoms deeply touched Geng. “These Hong Kong peo­ple are facing a dark CCP regime, and they are using their own lives to ignite hope. Supporting Hong Kong means giving a window’s opening for a fallen China to breathe.” She continued, “The most meaningful thing in Hong Kong’s fight is to awaken all Chinese people.”

She spent four days on the streets of Hong Kong, running and shouting alongside young protesters. The will of Hong Kongers and their hearts for their land moved her to tears. “While the people still have the rights to protest on the streets, if they don’t step out and persist, their government will be like the CCP–doing anything it wants. […] If we don’t speak out today, tomorrow we will not be able to utter a word,” she said.

“The international community should lay its economic interest aside, Europe or the US alike. It needs to voice concerns on the ground of moral value. I hope that the Senate can pass the Hong Kong Human Rights and Democracy Act and investigate on Hong Kong police brutality,” she added.

Although it seems like the human rights situation in Hong Kong and China are both deteriorating, she told me, “We must insist, because we have nowhere to retreat. Only persistence to carry on this journey. You don’t know what could be the last straw to break this evil regime.”

She walked to the frontlines of this move­ment to make sure no one else will suffer like her, to support her missing husband who she knows would have done just the same, and to show that she, too, will not give in until his return.