Blasphemy Laws in the West 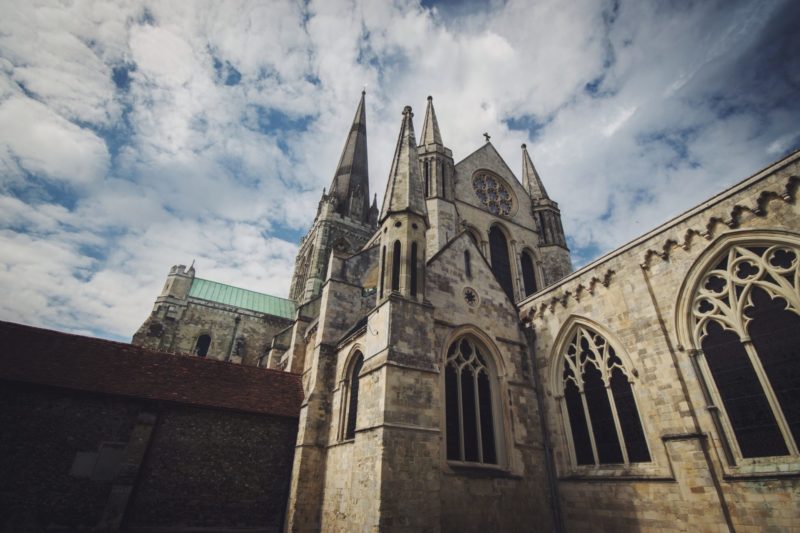 The U.S. Commission on International Religious Freedom released a report in 2017 on blasphemy laws around the world. At that time, seventy-one countries had these laws on the books, laws which criminalize the voicing of minority religious beliefs. By 2018, three countries had repealed their laws: Canada, Denmark, and Ireland are among the many western countries which have or recently had enforceable blasphemy laws.

Ireland, a country with a large Catholic majority, is a particularly interesting case. Ireland could use these laws to secure protection for Catholicism, but its citizens rejected that idea resoundingly after a recent incident involving actor Stephen Fry. If brutal blasphemy laws in places like Pakistan, Iran, and Indonesia are to be eradicated, western countries must first introspect about their own histories and values and then follow Ireland’s example and repeal their own blasphemy laws.

The Irish Constitution was enacted in 1937 and granted Irish citizens the right to “express freely their convictions and opinions.” However, that expression could not be used to “undermine public order or morality or the authority of the State.”[1] Although there have been no convictions of blasphemy in Ireland, which would be considered undermining morality, since 1855, this caveat was the constitutional grounds for Ireland’s Defamation Act of 2009. This surprisingly strict law states, “A person who publishes or utters blasphemous matter shall be guilty of an offence and shall be liable upon conviction on indictment to a fine not exceeding €25,000.” It defines blasphemy as grossly abusive or insulting statements against sacred things that would cause outrage among the religious and does not offer any legitimate literary, artistic, political, scientific, or academic value.[2] All of which are very difficult to define.

Public debate about the legitimacy of these limits on free speech came after comments that actor Stephen Fry made in 2015 on Ireland’s state broadcast channel, Raidió Teilifís Éireann (RTE), in which he questioned the goodness of God in a world so full of injustice. A blasphemy claim was then brought against him stating that what he had said was in clear conflict with the Defamation Act of 2009. Fry vehemently denied that he intended to offend devout Christians, explaining that he wanted to get people talking about the topic and considering the moral question that he posed. The host of the RTE program that hosted Fry when he made the comments stated, “Of course [Fry] hadn’t wished to cause offence. But that’s what the internet is for, controversy, debate and people’s opinions.”[3] The charge was dropped in 2017 when police could not find enough evidence that people had been outraged, but the public debate about the “medieval law” continued until a October, 2018 referendum removed the constitutional phrasing that allowed the Defamation Act of 2009 to exist in the first place.

Ireland is an overwhelmingly Catholic nation with 78.3% of its population identifying as such and another 5.6% identifying with other Christian denominations. Despite this fact, Irish voters decisively voted that religious feelings should not supersede free speech. With 65% of the vote, Ireland’s blasphemy laws were repealed.[4] This should embolden the efforts of the Irish government and Irish Christian organizations to truly make a difference in places where brutal punishments for blasphemy exist. Countries that have these laws can no longer call Ireland hypocritical and other western countries should look to Ireland as an example for themselves.

Western countries must also be aware of so-called “hate speech” laws which can be seen as instituting a secular orthodoxy of thought and preventing criticism. Secular versions of blasphemy laws must be seen for what they are. The world does not make progress by repealing one set of undue protections for ideas and then instituting others. Human rights protect human beings—they should not protect ideologies or feelings. Discrimination and incitement to violence should continue to be prevented as they already are by law, but ideas must flow freely in the marketplace of ideas to either gain support or be refuted. Differences of opinion are what make us human and keep our lives interesting.

The momentum started by Ireland’s public debates around the subject, followed closely by other repeals in Greece and New Zealand, give hope for the global repeal of blasphemy laws and a new age of tolerance. When blasphemy laws are repealed in western nations, it promotes the ideals of democracy, freedom of speech, and tolerance which they all claim to value in a tangible way. These ideals are what actually protect minority groups and tear down tyranny. Whether you agree or disagree with Stephen Fry’s comments, we should all hold the idea of freedom of speech in high enough regard to agree that he should at least be allowed to make them.