The Persecuted: An Inside Look at Social Injustice in India — Part 1 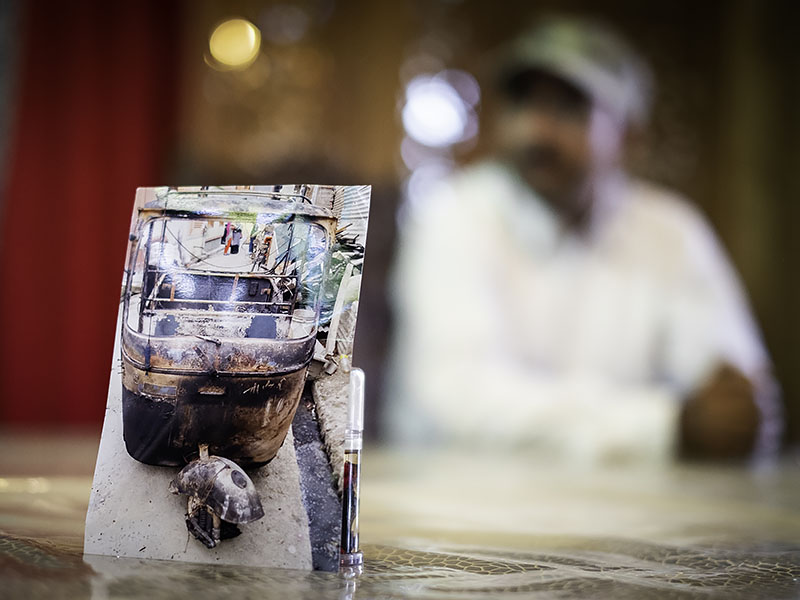 A group of seven women in Southern India come together to talk, to cry, and to pray.

They come together as Christians, they mourn together as women whose husbands were murdered right in front of their eyes. Some of them held their husbands as they were brutally stabbed to death in the chest and face. One of them painstakingly reminisces of the day she saw her mother burned alive.

The women witnessed the most heinous and extreme forms of injustice—injustice that created a lifetime of afflictions which remain in a deep emotional scar stitched together by their faith that they will one day be delivered from the pain of this life and reunite with their husbands in Heaven.

Their entire village region was ravaged by hate-filled actions. Every house was burned to the ground. Those who didn’t lose their fathers lost a brother. Those who didn’t lose a brother lost their husband.[/vc_column_text][vc_single_image image=”110883″ img_size=”full” add_caption=”yes”][vc_column_text]In northern India, a small cars zips through the busy streets of Kashmir. One of the drivers, Abel, spent his whole life saving enough money to buy a taxi, known locally as an ‘auto rickshaw.’ Despite living in a state that is 99.5% Muslim and violent towards individuals of other religions or beliefs, Abel openly told his passengers about his Christian faith. He did this until the locals caught on and burned his auto rickshaw—his livelihood and the way he supports his family—to the ground.

Nearby is a meeting place where militants and extremists come to stone people to death.

Abel rents the vehicle he drives today. He does this to keep his business alive, but the rental is a major cost for his business. Still, that burden is no greater than the burdens carried about every day by those who persecuted, so he continues to profess his faith.

Hundreds of kilometers away in Odisha, a Christian leader stands on top of his roof looking out at his community. The backdrop is dominated by massive mountains and a verdant jungle which harmoniously make up the scenery. He points at several men working in the street, one by one identifying them as among the arsonists that worked together to burn down his home and every other Christian home in the area. His house has since been reconstructed and it is where he lives and serves today regardless of the conditions and persecution he faces. This is what life looks like for Christians in much of rural India.[/vc_column_text][vc_column_text]

On August 23, 2008, Swami Laxmanananda was murdered in the Kandhamal district of Odisha, India. Local reports show that at the time of the murder his bodyguard was not present and that police guards fled when the assailants entered the building. Police imprisoned seven Maoist men who they believe organized the murder of this Hindu leader.

During this time, Sangh Parivar, an offshoot group of the Hindu nationalist organization RSS (Rashtriya Swayamsevak Sangh), blamed Christians for the murder, saying it was an international conspiracy organized by the church. They declared that Christianity was banned in Kandhamal.

Deadlines were issued to Christians who were commanded to denounce their faith and follow Hinduism; those that didn’t comply were often arrested, buried or burned alive, or publicly slaughtered. Reports show that riots throughout Kandhamal and surrounding areas lasted for nearly three months.[/vc_column_text][vc_single_image image=”110881″ img_size=”full” add_caption=”yes”][vc_column_text]The scene after the violence was almost unfathomable, even in the darkest of nightmares: 100 Christians dead, 300 churches destroyed, 600 homes demolished, and 56,000 people were now homeless. There were some heroes in this story but their reward was a lifetime sentence in prison.

A wife of one of the imprisoned innocents grabs at her sleeve, dampened by the tears that have surged down her face and recounts the horrible injustice done to her family with the help of a translator.

“In the middle of the riots our husbands were volunteering to help the people of the villages. They were directly targeted because they were known to be the ones who were helping their own people”.

BJP (Bharatiya Janata Party) leader Pravin Togadia—not the police—declared that these seven Christian men were the killers. Propaganda complete with fake quotes and fabricated storylines were published to back the BJP leader’s claims, none of which were ever proven to be true. Several of these men have proof that they were over 50 kilometers away from the crime scene at the time of the murder. During the first 4 years of the trial, there was no evidence that any of the seven imprisoned Christians killed the Swami but nevertheless they were all deemed guilty and sentenced to life in jail.

“These brothers were pulled out of their houses at midnight,” said a local Christian leader. “They were not asked to come to the police station politely, they were taken without any cause”.

Put yourself in this situation: today you’re putting aside everything in your life to go help those who have nowhere to go and no one to help them. Tomorrow, you’ll be put behind bars for the rest of your life. The climax in this narrative is when your door gets plowed through in the middle of the night. Unexpected, unwarranted, and unimaginable. You get pulled away as your family weeps and huddles for protection on the cold, dirt floor. The only thing that each of you know is that when the sun comes up tomorrow life will be forever altered.

The men who were taken away first heard about the Swami’s murder when a local Catholic priest brought the news to their villages in person. Reports show that six of the seven accused men are illiterate, one is described as handicapped and non-social, and all of them were known to be Christians.

Bouts of injustice against the affected families continue still to this day. According to a local Christian leader, “when the independent judge was there, he was in favor of the bail, but all of a sudden he got transferred, so a new judge came.”

Since then, the case has been delayed, and though the women have been assured that their husbands will be bailed out there has been no noteworthy progress. These women, drawn together in tragedy, grieve over the course this case has taken. When the men were first imprisoned, they were put in the same jail, but have since been moved to different jails throughout the district. Still, the estranged wives have been visiting their husbands monthly for the past ten years.

Faith is lost in the judicial system, but faith is found in the hope of eternal life in Heaven that their Lord and Savior Jesus Christ promised for all who follow him. They recount their savior’s sacrifice and patiently remember the country’s national motto, “Truth alone triumphs.”

Today, there is an online signature campaign to release the innocents, which you can visit at www.release7innocents.com. At this writing, more than 72,000 people have signed the petition.[/vc_column_text][vc_single_image image=”110886″ img_size=”full” add_caption=”yes”][vc_column_text]

Prakash, the Christian leader in Odisha, comes down from his roof and welcomes guests into his house. He offers them tea, bread, and a word of prayer. He leans back in his chair and reminisces. In 2007, he brought 40 orphaned children into his home, a common measure among pastors in areas ravaged by disaster in India. By 2008, radical locals wanted to kill him.

“I was bound to leave my housing by evening,” he recounts. “I left everything. I went to the forest with the children. By 7:30 they burned down my house.”

The next two days were spent deep in the wilderness of the jungle, the next two months were spent in a relief camp, or rehabilitation home site. In this scenario, Christian non-government organizations (NGO’s) send representatives to set up tents and give the newly homeless people food and supplies to sustain them for the time being. This is the process by which many of the aforementioned 56,000 that became homeless were given shelter following the riots.[/vc_column_text][vc_single_image image=”110891″ img_size=”full” add_caption=”yes”][vc_column_text]Two months in relief camps passed and Prakash returned to his property which now housed the remains of his former home. Christian NGOs and the government offered him money to help pay for the repairs. They told him he was free to return here, but they gave him no assurance that it would be safe.

Still, many others remained in relief camps. The timing could not have been worse, as this was also monsoon season in Southeastern India. The Christian women who were widowed were placed in a high security rehabilitation area, for safety reasons. Each day passed, and more rain came. Their dirt floors had turned into mud. They could no longer eat or sleep on the floor, as they are accustomed to in their culture. According to them, conditions became so severe that they could not even reach the bathrooms outside of their tents. With their children, they prayed and waited.[/vc_column_text][vc_single_image image=”110887″ img_size=”full” add_caption=”yes”][vc_column_text]“Only by faith are we able to overcome that tragedy,” said one of the widows. “Balancing the loss of husbands, fathers, brothers, and homes, some of their greatest prayers at this point were just for a stable floor to sleep on.”

This is Part 1 of a 2-part series. Click Here to read Part 2