Rejected by Family After Losing Husband to Terrorism 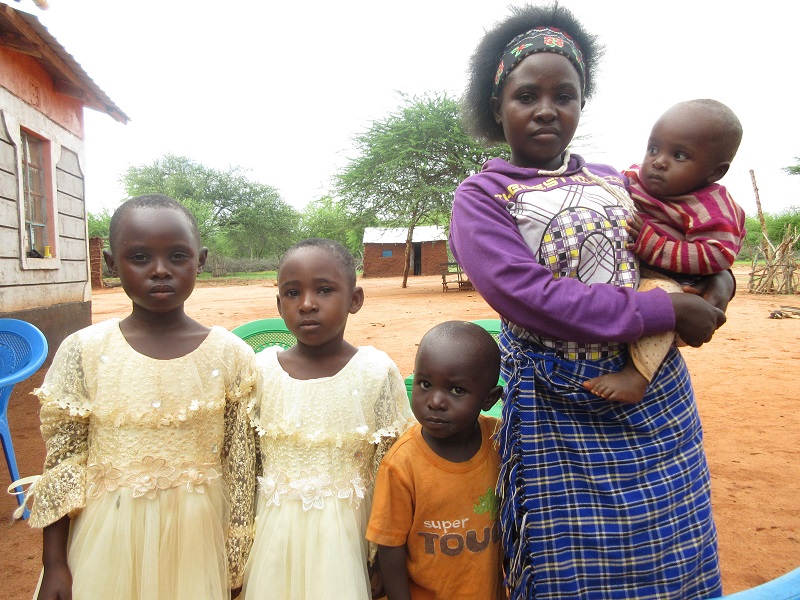 [vc_row][vc_column][vc_custom_heading text=”” use_theme_fonts=”yes”][vc_custom_heading text=”By Nathan Johnson” font_container=”tag:h6|text_align:left” use_theme_fonts=”yes” css=”.vc_custom_1573656909053{margin-bottom: 22px !important;}”][vc_single_image image=”110862″ img_size=”full” add_caption=”yes” alignment=”center”][vc_column_text]11/13/2019 Washington D.C. (International Christian Concern) – Only a year after losing her husband in Mandera, Kenya, Agnes Mwatha has also been rejected by her husband’s family. They have denied her access to her husband’s estate and the small amount of relief it would offer her. The family of Joseph Mwangangi, who was a father of four, has gradually frustrated Agnes throughout the painful experience of bereavement.

International Christian Concern (ICC) spoke with Agnes from her father’s home in Mwingi, Kitui county. She shared, “Yes, it’s a year ago, but to me, it has been a decade. I am still trying to make sense and look for a new meaning of such a heart-wrenching event that robbed us of one of the most caring and loving people I have ever known, leaving us depressed and unprotected. What would have united us as a family to encourage one another has become a battleground. It breaks my heart.”

Joseph Mwatha Mwangangi was killed on September 13, 2018. in Elwak, Mandera county, when a mob of Islamic extremists stormed the construction site where he was working. During the riot, the crowd stoned Joseph and another man to death.

That was the beginning of trouble for the young widow, Agnes Mwatha. “Whenever I received support from well-wishers, the extended family demanded that we share equally, and yet I have four small children that need food, clothing, and money for medical attention. At first, I thought it was just a bad joke and it would end. They kept frustrating me for six months after the burial of my husband. During the last rain seasons, they denied me access to the farm that we used to cultivate with my husband. So I did not plant anything. I leased a small farm in the neighborhood that was not enough to give me yields to take me through a year until the next planting season.”

One of Joseph’s younger brothers became hostile toward Agnes, demanding money and even assaulting her. Her in-laws never intervened. “I was also assaulted by my brother-in-law because I refused to give him food that I had kept for my children to eat when they come back home from school. This was the climax of my suffering. I asked my father to allow me back home as we pursue to reclaim my husband’s inheritance. I did not know that a family I had stayed with for eight years would turn against me.”

Agnes is hopeful that life will soon become easier again and her children will one day grow into successful and independent people. She said,  “One year after losing my husband, life has taken twists and turns. We miss him, and hope that one day we shall see him in heaven. The Lord has given me the strength to stand and to do casual work to fend for my young children. I am their only inspiration and I would do whatever it takes to make sure that they are healthy and in school. I pray that God will protect them and help them to study without going home for lack of school fees so that they may one day succeed in life.”

Agnes Mwatha is one of many widows who have lost their breadwinners in northeastern Kenya, where young Christian men risk their lives to work in a terror-prone zone in order to provide for their families. In 2017 and 2018, 12 married men were among the many who lost their lives in Mandera and Garissa, leaving behind their wives and children. During the same period, over 10 women lost their husbands in Lamu County to al-Shabaab attacks, leading to displacement and poverty. Please pray for those who have lost their loved ones to this violence. Pray for them to find safety and security in Christ. Pray that they are able to provide for themselves and their families as they continue to seek and lean on God for provision.[/vc_column_text][vc_column_text css=”.vc_custom_1573656959391{margin-bottom: 0px !important;}”]