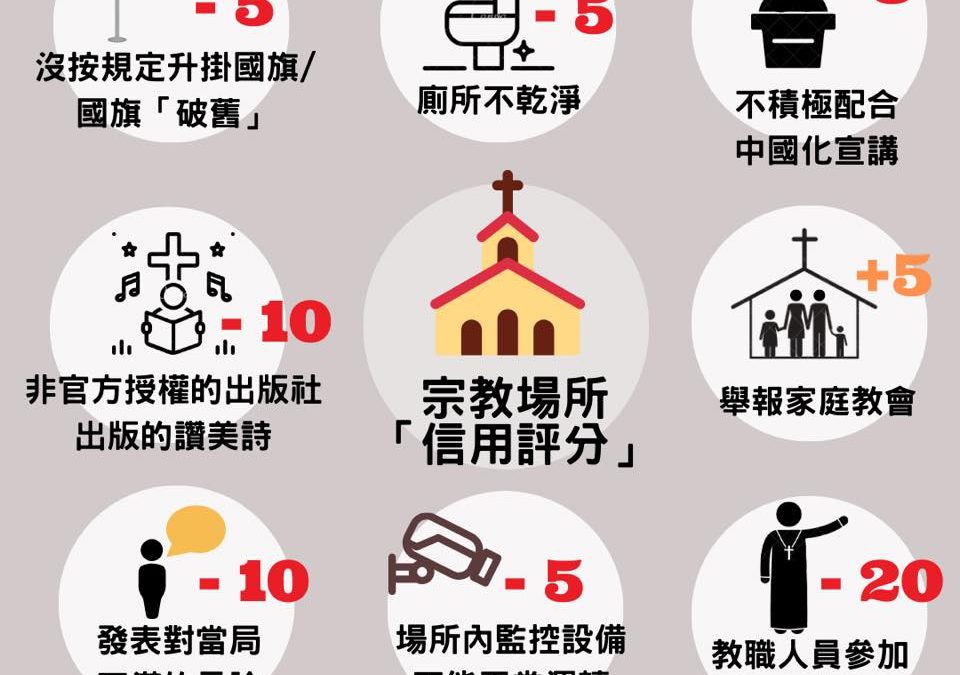 10/28/2019 China (International Christian Concern) – Nowadays in China, not only hotels are rated for their services rendered to their customers, religious venues, including churches and chapels, are subject to ratings as well, except they are rated according to the communist government’s standard.

According to Bitter Winter magazine, some places in Zhengzhou city in Henan province and Hangzhou city in Zhejiang province have already implemented this system for religious venues, which is similar to a broader social credit system, where each individual is judged based on hundreds of behaviors.

Termed “Assessment of the Normalization of Religious Venues,” there are more than 50 items to which these places are judged upon. With the top score being 100, if any place scores under 70, it could face punishment such as removal of those who are in charge, or being shut down.

This system is put in place to harass and control believers from the state-vetted churches. Though it’s not being widely implemented yet, local Christians suspect that it is only a matter of time. They will not be able to reject unreasonable requests from the government under such system. At the end of the day, Beijing expects these churches to surrender to the Party and its ideologies instead of to God.