Hong Kong Christians and Their Roles in the Ongoing Protests 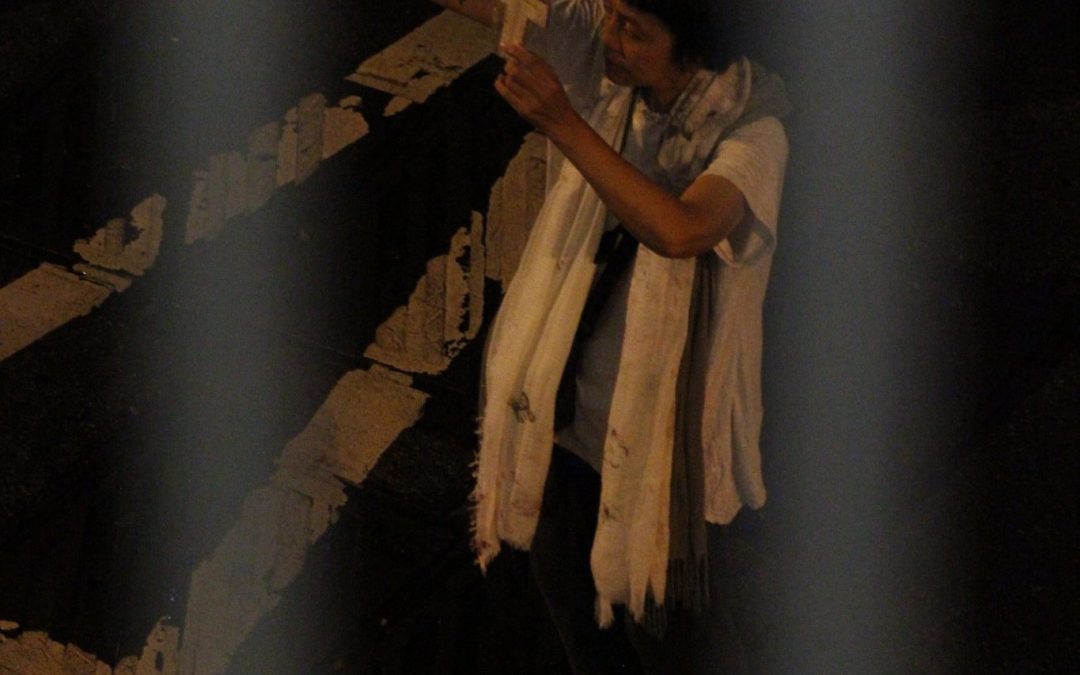 In light of the ongoing social movement in Hong Kong against the extradition bill, which has entered its third month, ICC will feature a series of articles highlighting the cause, the role of Hong Kong Christians, what the movement has come to, and its development in the future.

10/11/2019 Washington D.C. (International Christian Concern) – I could not remember the last time I heard a hymn that’s been repeated this many times, until I stepped into the prayer vigil held in front of the Legislative Council of Hong Kong on June 11 around 9:00 p.m. Hundreds swarmed around the government building and filled the air with the hymn “Sing Hallelujah to the Lord.”

Among the crowd, some raised up their hands in the air as they sang. Some knelt at the fenced entrance of the Council, saying a prayer for the city. A woman stood with a white cross in her left hand, flowers in the other held up high, as if she was using these items to defend against the anti-extradition law that was scheduled for its second reading the next day.

It did not take long for anyone to feel the weight this solemn song carries. It is Hong Kongers’ deepest cry for freedom. As the woman standing beside me silently wiped away her tears as she sang the hymn, tears soon filled my eyes. I could sympathize, because I too come from a place where my forbearers were oppressed in their quest for democracy and freedom.

Three hours passed. Yet the hymn never ceased to ring, in front of riot police with full gear, and in spite of the sudden rain. Whenever a crowd member stopped singing, another would catch on. Praise was what they sang to protect their home.

Hong Kong Christians’ involvement in this social movement is nothing novel. Many of the core leaders in the 2014 Umbrella Movement are Christians, including Joshua Wong, Reverend Chu Yiu-ming, professors Benny Tai and Chan Kin Man. Some have openly shared how their faith inspired them to pursue social justice, care for the suffering, and take up their crosses, even if the road felt like Via Dolorosa.

The spirit carries on, even after several of them were sentenced and jailed on public nuisance charges. In the spring of 2019, when the civil society began to rally against the proposed extradition bill, which would allow convicted individuals to be extradited to mainland China, Christians would back it up with prayer meetings in support of the initiatives.

Hong Kong’s Christian Times also created a column to feature all things related to the anti-extradition law movement on its website. On June 12, in anticipation of a major protest against the second reading of the bill, the company went so far as to grant a day off for its staff so they could freely participate in any form of activities to address “the more important thing.”

As tensions between the protesters and the non-responsive government began to rise, an increasing number of participants began to clash with the police. As adherents to the “Wolayfei” principle, which stands for peaceful, rational, and non-violent in Cantonese, different church denominations in Hong Kong came forward and issued statements to condemn excessive use of force from the police, or try to calm the frustrated protestors who resorted to violence to express their anger.

On the other hand, the Catholic Diocese of Hong Kong and Hong Kong Christian Council, together with leaders from the main Muslim, Taoist, Confucius, and Buddhist organizations, called for the government to respect the rights of citizens to march and assemble legally, and encouraged both sides to solve the issue with restraint and peaceful means.

Churches, in a physical sense, have also become active with added new roles. On September 1 at 1:00 p.m., 40 Catholic chapels and other Christian churches with bells jointly held a bell tolling ceremony in their respective churches, to offer prayers for the society and the young generation that takes great risks to be on the streets.

In addition, churches also have been opening up their halls for protesters to rest, get changed (to not become targets of the police on the streets), or replenish supplies, despite facing objection or criticism from within. Others provide medical care and counseling services for those who are wounded by police beatings or from tear gas.

As Hong Kong police escalated the use of force against protesters with each passing day, Roy Chan – a preacher at the Good Neighborhood North District Church – began a hunger strike to call for the government to agree to the five demands: full withdrawal of the extradition bill, a commission of inquiry into alleged police brutality, retraction of the classification of protesters as “rioters,” amnesty for arrested protesters, and true dual universal suffrage. Soon, he was joined by several supporters, even non-Christians. But their suffering was only met with silence.

Seeing that the police do not seem to be backing down in these protests, Chan also organized a team of volunteers consisting of pastors, social workers, and elderly, called “Protect Our Children.” Equipped with helmets, masks, and goggles, they dash to stand between the advancing riot police and the protestors to mediate, seeking to calm both sides. At times they would hand flowers to the police, hoping to end the bloodshed.

On September 26, a 73-year-old member of their team, Mr. Chan Ki Kau was pepper sprayed by the riot police after he tried to stop the police from arresting his fellow teammates. Another volunteer was pulled into the back alley by the police. He was surrounded by 30 to 40 riot police officers, and one officer was seen kicking the man’s midsection while he was lying on the ground. The man was arrested even after he was beaten.

Last week, Roy Chan told ICC that the arrested individual has been released. And despite the police brutality against its member and the newly enacted anti-mask law, where protesters are banned from wearing any type of masks, they will continue to be at the front line to act as the buffer between the protesters and the security forces.

“As a Christian, this is what I can do for society, for God,” he stated.

He also calls for more people to join their initiative, so that they can be effective as the offensive began to take place earlier in recent protests, leaving them little time to react.

In a seemingly hopeless situation, Hong Kong Christians are still holding on. Perhaps it is just as Hong Kong Youtuber Mabo stated in a latest publicity effort, Don’t Shoot Our Kids, a series of visuals to profile protestors and their statements. It is because they believe that “the Lord works righteousness, and justice for all who are oppressed.”