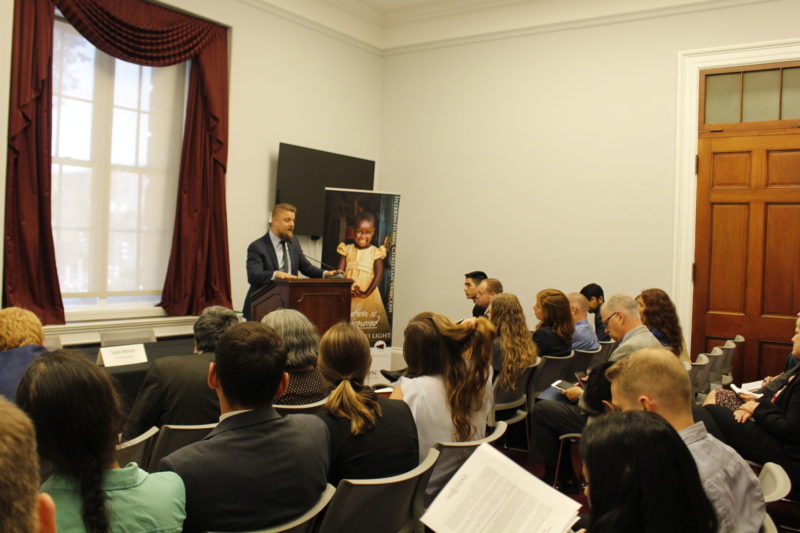 09/30/2019 Washington, D.C. (International Christian Concern) – While India is certainly an attractive potential trade partner for the United States, organizations like ICC must remind the United States government that India is also an avowed enemy of religious freedom. Prime Minister Modi and his BJP party are implementing a systematic national effort to marginalize and drive out India’s non-Hindu religious minorities, and it is incumbent upon the United States to push back against these human rights violations even as we work with India to form a partnership capable of cutting into China’s regional economic power.

This is the message that the speakers at ICC’s recent Congressional briefing kept hammering home.

The United States must not stand idly by while our Christian brothers and sisters, and other religious minorities, are systematically disenfranchised by what is ironically termed the world’s largest democracy.

ICC’s Advocacy department operates in a series of quarterly campaigns consisting of a number of elements, typically including a Congressional briefing targeted at legislative aides and other staffers. It is difficult to impossible for Congress to do anything about the issue of persecution, in India or elsewhere, without a robust understanding of what is happening on the ground. These quarterly briefings, then, aim to paint an accurate picture of what is taking place overseas and explain what can be done in light of these realities.

This quarter’s campaign focus is on India, and for the Congressional briefing ICC called in a number of experts on the issue of persecution in India including representatives from Christian, Muslim, and Hindu organizations who each spoke about the need for the United States to push back against Prime Minister Modi and protect the right to live out one’s faith.

The impact of Prime Minister Modi’s religious intolerance is wide-reaching. Sean Nelson, an attorney with ADF International, cited a study that documented over one thousand incidents of violence against Christians alone in the last five years in India. The problem is widespread, with over half of the states in India experiencing regular attacks against Christians, according to Nelson.

Other speakers at the Congressional briefing discussed the impact of Prime Minister Modi’s radical Hindu nationalism on other minority groups. Together they painted a grim picture of a nation where rule of law is no longer upheld, where Christians are marginalized, and where, as Ajit Sahi of Alliance for Justice and Accountability said, there is a culture of impunity when it comes to the religious freedoms of minorities. Police are regularly known to arrest the victims of hate-filled attacks rather than the perpetrators.

The radical violence spread by radical Hindu groups even extends to Hinduism itself, with Hindu extremists targeting Hindus who dare speak out against the violence according to Sunita Viswanath from Hindus for Human Rights. The radical Hindu nationalism pushed by Modi leaves no freedom for dissenters, no matter their religion.

The United States has a rich heritage of religious freedom itself, but it also has every interest in encouraging its allies around the world to follow suit. Countries that permit their people to practice their religious beliefs freely are socially, economically, and geopolitically stronger, and if the United States wishes to stay true to its own ideals and consistent to its own interests it should demand that India stop discriminating against its religious minorities.