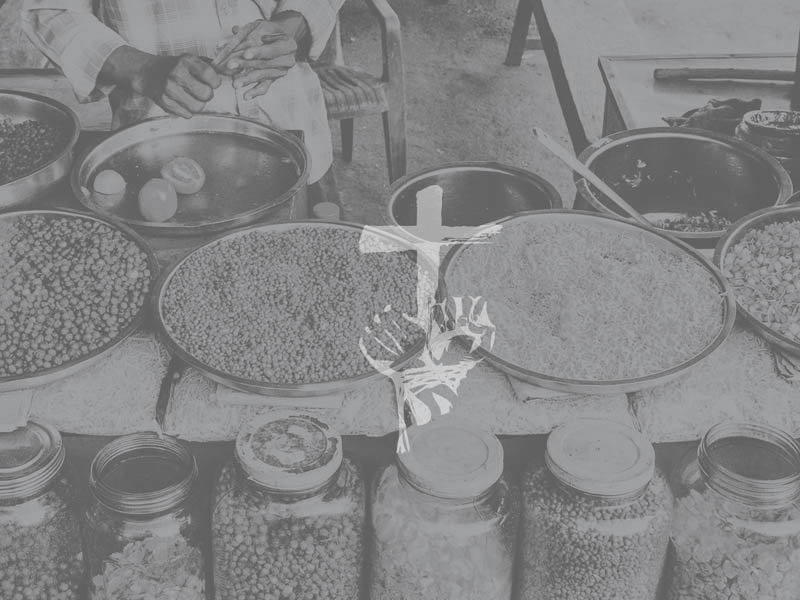 From July 16-18 2019, the second annual Ministerial to Advance Religious Freedom brought together hundreds of international delegates united under the common goal of securing religious freedom for all peoples. Among other topics, the three-day event highlighted the potential connection between new technologies and religious freedom—both for good and for bad. Indeed, Federal Communications Commission Chairman Ajit Pai argued that the digital revolution is a two-sided coin: “On one hand, technology can be harnessed for tremendous good. It can make it easier for people of faith to practice their religion, to connect with fellow believers and to learn more about the teachings of the faith.” Yet, Pai continued, “that same technology can also be used as an instrument of oppression.”[1]

U.S. Ambassador at Large for International Religious Freedom Samuel Brownback echoed Pai’s remarks concerning the use of technology in promoting religious freedom during the event’s welcoming ceremony. “Technology is morally neutral, but it can be used by good or by evil.”[2] Although the goods and evils of emerging technologies were frequently discussed, not a single delegate discussed the potential benefit of cryptocurrencies.

Cryptocurrencies, while still new and subject to criticism, are transacted over a secure digital ledger known as “blockchain technology.” Blockchain technology is a digital ledger that records each transaction in real time, allowing individuals to trade and exchange crypto currencies like Bitcoin safely within a secure environment. Indeed, “the network timestamps transactions by hashing them into an ongoing chain of hash-based proof-of-work, forming a record that cannot be changed without redoing the proof-of-work. The longest chain not only serves as proof of the sequence of events witnessed, but proof that it came from the largest pool of CPU power.” (Nakamoto 2008, 1)

Ultimately, each transaction is digitally recorded in real time allowing invested parties to know exactly the exchange’s origin, where it is going, and its final destination. Without the use of this technology, ledgers have to be maintained by central authorities like banks, which keep a single authoritative copy of the ledger. In turn, users must rely on financial institutions and their ledgers to witness the secure transaction of their finances from one party to the next. Cryptocurrencies’ use of blockchain technology eliminates the need for central authorities and the need to trust them with finances. This is accomplished by allowing each user to witness and maintain and keep their own copy of a digital ledger through a series of consensus-based algorithms. This further allows all parties to clear and settle digital asset trading as well as maintaining their personal identity.

Today, there are an estimated 1,600 cryptocurrencies across the globe that use blockchain technology.[3] Blockchain technology may have the potential to support a secure international economic system capable of permeating economic and political institutions across the globe. Ján Figel, Special Envoy for Promotion of Freedom of Religion for the European Union, has called for innovative solutions to alleviate religious persecution across the globe. During a panel discussion, Figel noted that “financial instrumentation is the best way to build sustainability on international religious freedom and to fortify civil society.”[4] In response to Figel’s finance comments and the Ministerial to Advance Religious Freedom, the following analysis argues in favor of blockchain technology and its potential to significantly improve government funding capabilities, specifically within the realm of international development and international religious persecution.

The United States government requires processes more efficient than those currently in place to streamline its funding of the many international projects it supports. Typically, the U.S. government will finance an international project in a region or country to alleviate particular issues such as a lack of infrastructure or educational institutions, to promote human rights, or to combat the rise of ethnic or religious persecution. Governance of and transparency for the funding of such projects can be a difficult task. Often, funds are difficult to raise, transfer to the appropriate parties and stakeholders, and most importantly, track. The challenge is to ensure that billions of U.S. government dollars securely end up used for their intended purposes by the correct individuals. Blockchain has the potential to reduce the cost and complexity of getting things done not only in the commercial sector, but also across government agencies and social institutions. Without the assurances afforded by blockchain, funds can easily be wasted, misplaced, or misused.

The United Nations General Assembly (UNGA) gathered last year to discuss several issues facing the world. At that meeting various humanitarian crises such as the global lack of proper education came to the forefront of the discussion, as did the potential role of private finance and technological advances to lessen the difficulty of funding global humanitarian projects. International institutions such as the UN have advocated for the use of blockchain technology to develop international economic networks and fund international programs. Indeed, the UN established the Blockchain Commission for Sustainable Development[5] in 2017 and has since partnered with the U.K. based cryptocurrency Wallet. The technology “has been raised as one possible avenue for addressing some of the areas in the UN’s Sustainable Development Agenda. As previously reported by CoinDesk, UN representatives have discussed how blockchain could be used to provide digital identification to refugees, among other areas.” (Milano 2018)

During its meeting in October 2018, UNGA discussed how technology, specifically blockchain, could accelerate progress of Sustainable Development Goals. “While there was much excitement about emerging technologies such as blockchain, there was also a call for more public-private partnerships to ensure that digital and technology-based tools be used to reduce inequalities.” (Saldinger, Igoe, Lieberman, Edwards, Cheney 1) The civil war in Yemen was a talking point during the UNGA meeting and was cited as an example of how technology can alleviate the crisis. The UN has raised approximately $2 billion out of a total $3 billion USD it hopes to raise to reduce violence and provide emergency relief to those suffering from the civil war in Yemen. The UN’s commitment to technological advances in relation to humanitarian crises provides a unique opportunity to reimagine how we provide meaningful help to the world’s most disenfranchised and afflicted peoples.

The UN’s mission to support Yemen is a noble and worthy cause. However, one must question if their current methods and its technological infrastructure are the most effective platform to provide meaningful change. Moreover, one must ask how we can challenge our world’s leading institutions to adopt and implement a financial system that is more effective and secure.

According to the State Department, the U.S. government is planning to distribute approximately $28.6 billion dollars in foreign assistance for fiscal year 2019 .[6] It is time for the U.S. government to benefit from blockchain to ensure every dollar is optimized for its intended purpose. There are multiple benefits to utilizing this technology when funding international development projects including the following:

1) Blockchain enables transparency. Every branch of the U.S. government that funds international development projects can witness the transferring of funds to each party or involved stakeholder. Every transaction is recorded on a digital ledger which makes tracking easier, allowing for the measurement of impact on international religious freedom. 2) Blockchain ensures a secure process via direct transfers. 3) Blockchain will encourage more financial inclusion for vulnerable and marginalized populations. These communities will be more empowered toward self-reliance by directly sending and receiving digital currencies. 4) Lastly, blockchain also has the potential to promote a multi-source income process. In addition to the U.S government, funds could also be acquired from several different sources via a channel open to the public and other organizations.

In turn, the nature and processes of international development funding can be revolutionized to include a streamlined service open to several interested stakeholders in a secure environment. Utilizing blockchain to fund international development projects will revolutionize antiquated processes that limit our nation’s ability to alleviate much of the world’s contemporary problems.

John T. Pinna is the Vice President of the Mitchell Firm. A 20-year veteran of international development, he works tirelessly to develop programming with practical impacts on the lives of some of the most vulnerable populations in the world, working in Afghanistan, Pakistan, Iraq, Egypt, Tunisia, and others. A staunch advocate for religious freedom, Pinna led the 2011 campaign for the reauthorization of the United States Commission for International Religious Freedom (USCIRF) and has executed programming for the U.S. Department of State, USAID, EU, and several additional entities. Born in August 24, 1975 in New York, Pinna is a third generation Afghan American, an Indo-Greek of Bactrian descent from Nuristan Province in Afghanistan. Pinna considers himself a pluralist who happens to be Muslim. He maintains a deep connection to Afghanistan, Pakistan, and the Central Asia Region. He can be reached at john@themitchellfirm.com or www.linkedin.com/in/jtpinna/

[3] There are more than 1,600 cryptocurrencies in existence as of this article, and many of those tokens and coins enjoy immense popularity among a dedicated, if small, in some cases, community of backers and investors. Beyond that, the field of cryptocurrencies is always expanding (Bajpai 2018, 1).

[4] Remarks of Ján Figel, Special Envoy for Promotion of Freedom of Religion for the European Union at the U.S. Department of State Ministerial to Advance Religious Freedom, July 17th, 2019.

[5] September 23rd will mark the two-year anniversary of the creation of the Blockchain Commission for Sustainable Development at the UN. The Commission was established to develop a network of global leaders in the blockchain community with a focus on the application of blockchain to initiatives with profound social impact, transparency in the evolving marketplace, trust between multi-stakeholders, and best practices towards nations’ sustainable development targets (Arul 2018, 1).

[6] Figures and data can be found at www.foreignassistance.gov