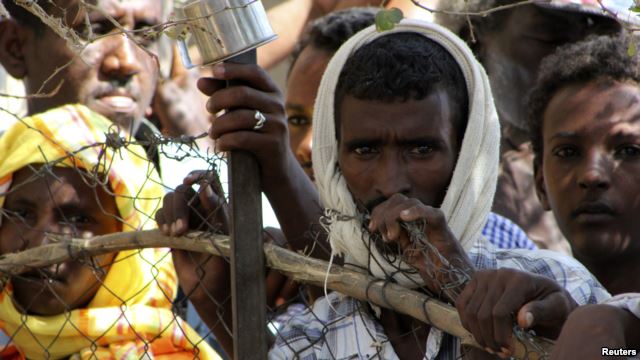 08/12/2019 Kenya (International Christian Concern) – Human Rights Watch (HRW) released a report last Friday showing that Eritrea continues to violate human rights daily, despite many people hoping that the end to the border war would help change this. In the report, they show how the education system in Eritrea is used to propagate the authoritarian government and continue the subjugation of its citizens.

Despite ending the 20-year border war with Ethiopia in September 2018, the country continues to force its citizens into indefinite military and governmental service. Children who make it to their final year of secondary school are forced to travel to the Sawa Military camp near the border with Sudan, where they are treated like slaves. They are abused physically and emotionally, with many of the young women who are sent here being sexually abused.

In order to write the report, HRW interviewed 73 people who were involved in the school, whether as students or forced teachers, between 2014 and 2018. All 73 are living as refugees and asylum seekers in other countries as they could no longer live in Eritrea. Due to these extreme policies, more than 10% of the population has fled their homeland in the past decade, and many more flee each month.

The report focuses on the freedoms of press and speech, however it does not examine the continued persecution of Christians and clergy. The government in Eritrea has continually suppressed freedom of religion and arrests any gatherings of Christians that are not part of state sanction and led churches. This abuse of power has led to the illegal arrest and detention of thousands of believers for years without trial. Eritrea needs to be held accountable by the UN, the US and the rest of the world. The UN lifted sanction that had been on the country for nearly a decade last year.