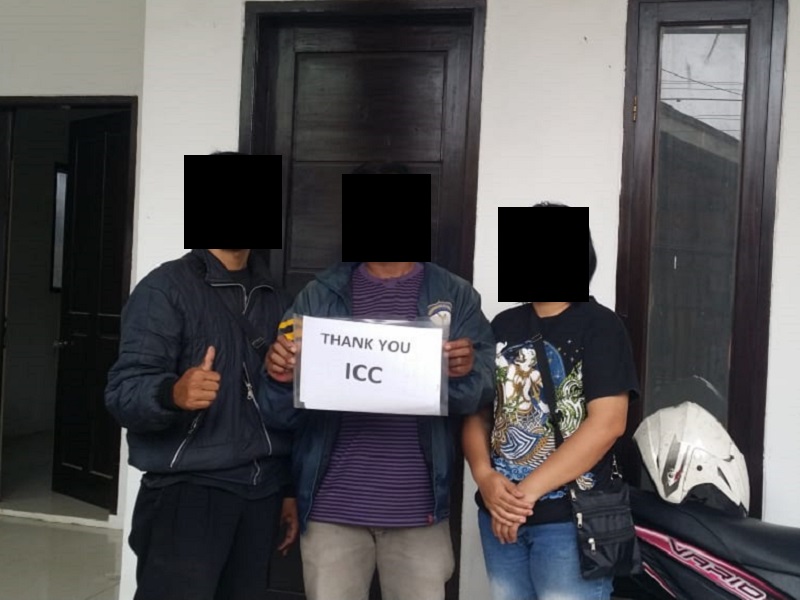 [vc_row][vc_column][vc_custom_heading text=”” use_theme_fonts=”yes”][vc_single_image image=”109253″ img_size=”full” add_caption=”yes” alignment=”center”][vc_column_text]07/30/2019 Washington D.C. (International Christian Concern) – Dadang* used to be a radical Muslim consumed with hatred and zeal. He fervently supported a caliphate type of government in Indonesia. With this extremist mentality firmly planted in his heart, he even convinced his family to follow his path. He was a member of the notorious Muslim hardliner group, the Islamic Defenders Front (FPI).

He continued to live his life as such, until one day he was diagnosed with a mysterious illness where he could not get into water. Every time he got into cold water, he would become very sick. The doctor told him to stay away from water, and predicted that he had two more years to live. This news broke his heart. With this condition, he decided to move to another city and start a new life.

One day, he happened to tune in to a Christian television program, where he saw a man sharing his testimony. This man’s experience was similar to his, and he was shocked. The host asked if there were any viewers who needed to be prayed for. As Dadang raised his hands in front of the TV, he could feel something happening in his body. Later, he realized that Jesus had healed his sickness.

Dadang began to read the Bible and, months later, he gave his life to Jesus. When his parents learned about his newfound faith, they chased him out of the village where he lived with his wife and two children. He was left with no choice but to flee from the village with his wife. His parents and relatives took everything he had — his business, house, car, and even his two children.

He and his wife lived under the shelter of a Christian mentor, while trying to earn an income by selling ice packs. Although his income is now much smaller than before he became a Christian, his life is more peaceful and joyful. He and his wife even share some of this income with others who are less fortunate than them.

Dadang told ICC, “I am very sad to see my family and relatives still in darkness, living in hatred, and radical. I have to redeem my act because they became like this thanks to myself, who was the one who taught them to think like that. Hence, I have the responsibility now to go back one day and bring this new truth to them. I believe Jesus will help me.”

He continued, “It is strange that after Jesus healed me, now I started this small business: selling ice to some cafes and eateries! Isn’t it amazing? The doctor told me to stay away from water, but now this is my job!”

To fulfill his desire to rent a small space so he can expand his ice pack business without having to depend on the support of the Christian leader, ICC provided one year of rent for Dadang.

In response, Dadang said, “Thank you very much for the aid ICC gave. I believe God is the one who opened the door for this, to strengthen and comfort us in spite of the trial we face. God has not forgotten us.”