10 Days of Captivity: One ISIS Victim’s Road Back Home 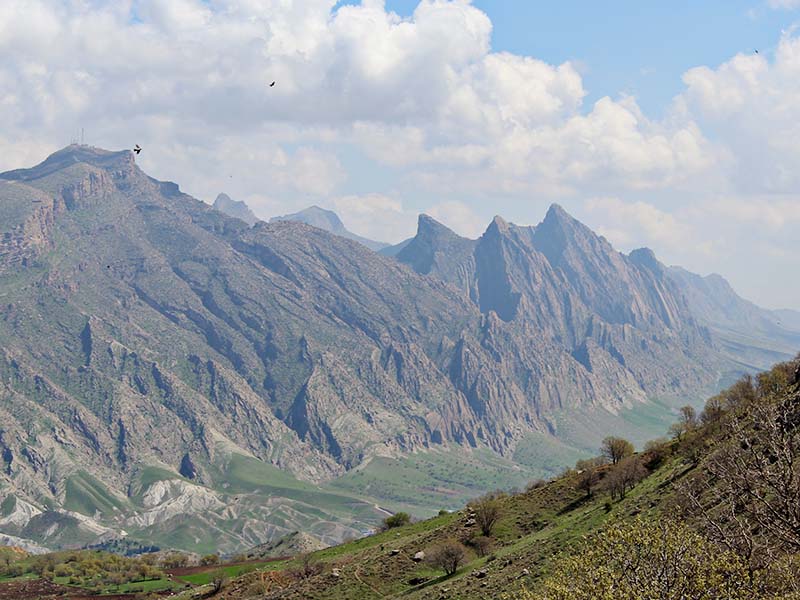 [vc_row][vc_column][vc_custom_heading text=”” use_theme_fonts=”yes”][vc_custom_heading text=”By Claire Evans” font_container=”tag:h6|text_align:left” use_theme_fonts=”yes” css=”.vc_custom_1539199888156{margin-bottom: 22px !important;}”][vc_single_image image=”99675″ img_size=”full” add_caption=”yes” alignment=”center”][vc_column_text]10/10/2018 Washington D.C. (International Christian Concern) – The day ISIS arrived in Karemlash in 2014, Lana was at home, caring for her sister-in-law who was sick with cancer. At midnight, a call came for Lana. “Where are you? Why didn’t you leave because the whole village has left?!” her relative frantically asked Lana. She was surprised; no one had told her that ISIS was coming. “Take care, the village is full of ISIS. Something will happen that you may fear of,” her relative warned.

When morning came, Lana’s sister-in-law cautiously ventured into the streets and tried to go to the church. The city was completely abandoned; the doors of the church were locked. They huddled together inside their home, hoping that ISIS would not discover their hiding spot. When ISIS invaded, the power was cut, causing the meat in the refrigerator to rot. Eventually, they could not stand the smell any longer.

As soon as they opened the door to take out the garbage, “two gunmen came up on a motorbike asking, ‘What are you doing? Why are you still here?’” The women were terrified. ISIS had found them. The militants suggested that the women go with them to Mosul, but they said they wanted to stay. The men drove away, only to bring back their leader.

“I thought it may be good to ask him something. I didn’t have fear because I felt like death is our destiny,” Lana recalled. She struck up a conversation with him, and he discovered her sister-in-law’s illness. Again, the militants suggested bringing them to Mosul. “Let’s take you to Mosul where you can find good treatment with dignity.” When the women refused, the men told Lana, “Do whatever you want, and if you need anything, just let us know.”

At first, ISIS was helpful to Lana and her sister-in-law. They brought Lana gas bottles and drinking water when she asked for it. They insisted on bringing her food from one of the markets they had destroyed, but Lana refused to accept the stolen goods. Then, ISIS became more aggressive.

One of the militants, who was from Mosul, came to her house and told her that she must convert to Islam. Lana bravely replied, “I’ve been 80 years a follower of Christianity, do you want me now to convert? God will never accept that… I will not be one of you, even if you slaughter me!”

Lana and her sister-in-law fled Karemlash at 6:00 p.m., just as it was starting to get dark. They walked until they found a village, and began knocking on doors. “We knocked many doors just to spend the night. All of them were scared to host us. Hosting Christians could cause problems with ISIS for them.”

Finally, they found a family willing to let them sleep in the garage. When they woke up, they found that six other displaced Christians had also joined them. Their hosts were gracious and kind. A large truck arrived and all of the Christians piled inside as their hosts’ nephew tried to drive them to Erbil.

But just outside of Mar Mattai Monastery, they ran into an ISIS checkpoint. The militants were besieging the monastery, where a number of Christians from Mosul were hiding. They were not going to let these fugitives easily pass, and arrested one of the men, saying that the Christians had to pay if they wanted him to be released.

Lana and the others pooled all of the money they had fled with, roughly $850, and offered it to ISIS. The militants said it wasn’t enough, and that they would kill anyone who was holding back money. Lana searched her pockets again, and found $20 she was saving to purchase medicine.

“You are not Muslim, you are thieves!” she told them. “Islam is merciful with poor people; they are merciful with sick people. That (money) you have taken we can purchase water. You are infidels, not Islam. I have Muslim friends and they are unlike you!”

They took her money, but let them continue to Erbil with the warning that they will all die that day. For 17 hours, they tried different roads before finally arriving at a Kurdish checkpoint. There, she was able to make a phone call to her priest. “He came with three cars to pick us [up]. When I saw my people, I can’t describe the feelings, I can’t describe how I hugged them,” Lana remembered.

Finally, they had made it to Erbil. When Lana arrived, she immediately began weeping. “What they (ISIS) have done to Karemlash!” As she was weeping, a man “came to me and said there is Kurdish people here who don’t understand our (Christian) language. But they were sad because of your weeping and your voice was powerful.”

“I wept for the churches, and monasteries. Everything,” Lana added.

After she was done weeping, Lana felt ill and was taken to the hospital. Many would come to her during displacement and attempt to convince her to immigrate. But all she wanted was to live in Karemlash again. “It’s so dear because it is my homeland. Now it is destroyed, but it used to be famous for green lands and farms, [for its] trees. My healing is [there] with God.”

Today, the city is liberated and Lana is at last back home in Karemlash. Every day, she sits by her main door and weeps for all that Karemlash has experienced. But every day, she is also filled with happiness. “Even when I saw my home stolen and other homes burnt, I just wanted the garage to be fine so I can sit in the evenings there and die here. Now, I can’t believe my home can again be good!”

She expressed, “The house has become clean and beautiful. My neighbors help me a lot, whenever someone cooks they bring a plate to me and the other bakes me bread… Now I am in heaven. I thank God for giving me strength. I am comfortable to be here again.”