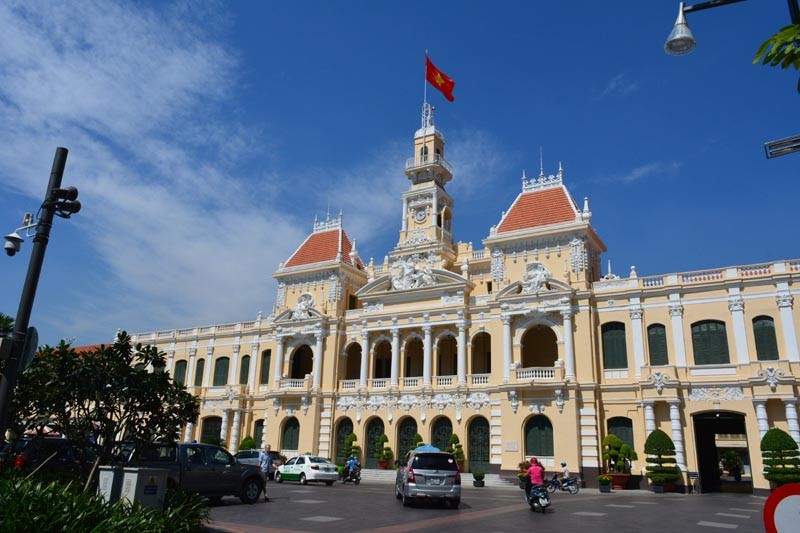 ICC Note: U.S.-based rights group Boat People SOS (BPSOS) is calling attention to Vietnam’s government-sponsored ‘Red Flag’ groups, for they continue to harass religious communities and dissidents in Vietnam. Many victims were hospitalized due to their violent acts.

03/28/2018 Vietnam (Radio Free Asia) – In advance of a U.S.-Vietnam human rights dialogue scheduled for May, a human rights organization is urging State Department officials to voice U.S. concern over the rise in Vietnam of activist groups tied to the harassment of dissidents and religious communities.

In February, parents of Catholic schoolchildren barred from school in the Dien Doai commune of Nghe An province were attacked outside school gates by government-linked thugs when they sought a meeting with school administrators.

Meanwhile, in October 2017, two priests from a diocese in central Vietnam were surrounded by a mob of 300 waving red flags, while in May hundreds of thugs in Nghe An attacked a group of Catholic parishioners, including women and children, sending dozens to the hospital.

Speaking in an interview with RFA’s Vietnamese Service, Nguyen Dinh Thang—president of the U.S.-based rights group Boat People SOS (BPSOS)—said that his group wants the activities of the Red Flags groups included in the bilateral meeting scheduled for May.

“Before the dialogue round, the State Department will meet with the Vietnamese ambassador to the United State to discuss the topics of the coming talks,” Thang said. “We want to promote awareness of this issue of the Red Flags groups so that it will be included in the dialogue.”

On Feb. 21, Thang and other members of his group met with Sam Brownback, U.S. ambassador at large for international religious freedom, to discuss the spread of Red Flags attacks against Catholic communities in Vietnam.

“The ambassador was very interested in the Red Flags groups and wanted us to give him more information about them,” Thang said, adding that in response BPOS produced an 18-page report outlining the growth and missions of the groups, including creating divisions between Catholics and non-Catholics and blocking community attempts to protest government handling of environmental disasters.

“I believe that this issue will now be addressed in State Department reports [on human rights and religious freedoms] and in the dialogue,” Thang said.