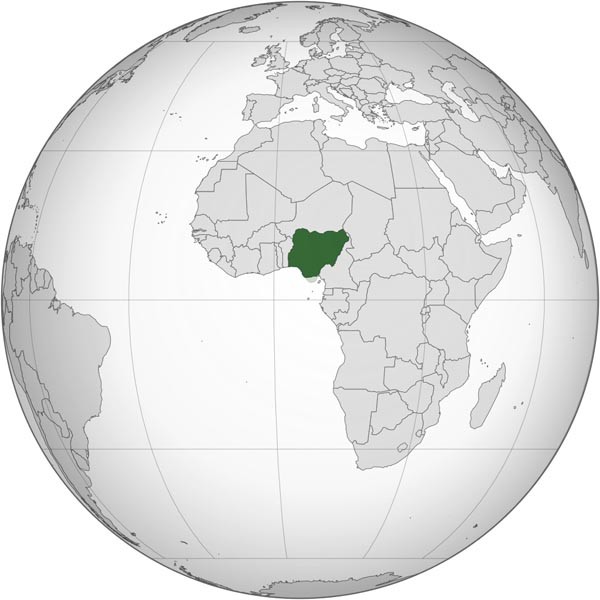 02/15/2018 Washington D.C. (International Christian Concern) – “See those ashes, they are my books!” Reverend Biri Gado Sunday pointed to a heap amid the ruins of his destroyed home. On Tuesday January 23, 2018, Fulani militants murdered a member of Rev. Gado’s church in Zanwra village. The next day, when the church gathered together to bury their fallen brother, the militants also began to gather in groups around the village.

“After the burial, when I was in the room, one of my members came and said, ‘Kai, Reverend, see these Fulani.” So as I came out and went and stood in that place (pointing at the location), watching at them down there.  In fact, they were in groups.  But our people here did not know of their gathering.  It was around 2:00 p.m.  They started [gathering] around 2 p.m.,” Rev. Gado told International Christian Concern (ICC).

When the villagers realized that there was something wrong, some of the youth gathered to ensure the safety of Zanwra. Shortly after, there were gunshots.

He continued, “Then, later on, they started exchanging gunshots, Fulanis and the youth. When it was around 4 – 5 p.m., it got worse. It was getting scary so I had to leave…. At about 5:20 p.m., I saw the Fulani chasing these youth in my direction. I even called the youth Chairman, telling him that we need security people. If [we do not receive help], our church may be burned down. He tried to get to the security, but there was no response.”

The security that Rev. Gado was referring to is a military checkpoint, less than a mile from the town. When Rev. Gado and others from the town asked why they received no help from the security, who heard the gunshots and saw the smoke, the security personnel said that “they were kept there for the checkpoint.” They deliberately decided not to help the villagers fend off the attack because they had to watch the checkpoint. They also refused to call in for more help from a local military base which is approximately five miles from the village. In what is proving to be a common problem, the military is either told not to assist or simply don’t care enough to do so.

According to Rev. Gado, he counted that “approximately 17 houses were burned down, with at least 12 belonging to [his] members, although there could easily be more.” They also “killed three people, a bus driver and two others [who] were just passing [through], and are not residents of the community.” Fulani attacks like this have caused an epidemic of violence in the Middle Belt of Nigeria. Tens of thousands of people have fled their homes due to the threat of violence and loss of property. Furthermore, many have lost everything and are also struggling to survive.

Churches are struggling to keep their members as they often have to flee to safer areas. Rev. Gado stated that his “concern about these killings is that it is becoming too much [to handle]. We have 400 members in this church.  The week that this incident happened, those who attended the service [on] Sunday were only around 15.  The week after, they numbered about 50.” He also pointed out that the church lost several more members two weeks later. “Last Sunday, February 11, we were about to have our service, then they killed three people again. They ambushed them.” Areas that have been attacked once, are often attacked multiple times, and are rarely protected by government authorities. The government rarely visits villages like Zanwra despite the devastation that they undergo.

Rev. Gado is particularly hurt by his government’s lack of compassion and care. “The government must really do something…the government hasn’t come here with any relief.  They have not visited to see the people to ask what their problems are.” The Nigerian government must come to the aid of their people. They must stop these attacks, rebuild these communities, and help restart these people’s lives. We as a global body must pray and assist in the rebuilding of our brothers and sisters’ lives in Nigeria.