Bomb Discovered at Turkish Church On Anniversary of Priest’s Assassination 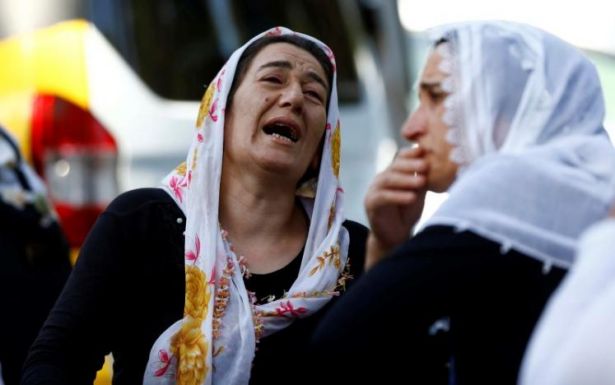 Yesterday during a church service in Turkey, a homemade pipe bomb was discovered in the garden of Santa Maria Catholic Church. It was found partially burned, having failed to explode. The incident coincided with the 2006 assassination of the church’s previous priest, Father Andrea Santoro. The priest had been killed shortly after celebrating mass. Churches have almost no rights in Turkey, and Christians are increasingly the subject of threats and attacks. Turkish Christians are asking for increased prayer for safety as hostilities against them continues to grow.

02/05/2018 Turkey (MEC) –   Turkish Christians request prayer in the face of threats, media intimidation and actions against the Christian community in Turkey.

On Sunday 4 February it was reported that a homemade pipe bomb was placed in the garden of Santa Maria Catholic Church in Trabzon. The alarm was raised and the object was found partially burned, having failed to explode. Christians and officials in Trabzon note that this incident coincided with the anniversary of the murder of Fr. Andrea Santoro, in Santa Maria Church, on 5 February 2006.

This is the latest of a number of worrying incidents, believed to be prompted by negative media attention, directed against churches and church leaders in Turkey. In recent months, a number of negative reports about churches and individual Christians have appeared in the press in an attempt to incite unrest and opposition.

On 7 December 2017 death threats were made against the pastor and a church worker in Balikesir Protestant Church. Police continue to try to identify those responsible.